Westwood was loving life on Sunday night as his beloved Nottingham Forest defeated Arsenal in the 3rd Round of the FA Cup. 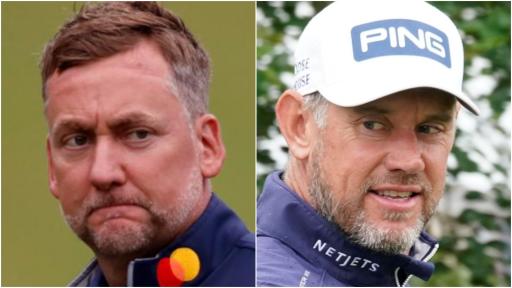 Westwood, who was born in Nottinghamshire but now resides in Newcastle upon Tyne, took to the social media platform just moments after Forest striker Lewis Grabban scored in front of the home fans seven minutes from time.

Well I thought there might be a giant killing tonight. But it wasn’t to be! Forest won! @NFFC @mattforde @alex_brooker pic.twitter.com/XKjui9ijyg

Westwood tweeted: "Well I thought there might be a giant killing tonight. But it wasn't to be! Forest won!"

He then followed that by responding to a number of different threads celebrating his side's victory.

Can someone go and check on @IanJamesPoulter

Westwood then took aim at his good friend and Arsenal-mad Ian Poulter on Twitter: "Can someone go and check on Ian Poulter."

The victory means Forest will now face Leicester at home in the 4th Round.

Here's how other golf fans reacted to Westwood's post:

"Have you heard from Poults yet?"

"Make sure you own Piers Morgan."

"Internet must be down at The Postman's house."

"Amazing result, up the Forest."

"As I always say to Arsenal fans, show me your European cup."

NOW WATCH: COLLIN MORIKAWA MISREADS A PUTT SO BADLY THAT IT EVEN PERPLEXES THE COMMENTATORS