The list of members at Michael Jordan's golf club is STAGGERING!

The Grove XXIII Golf Club opened in the autumn of 2019 and what a golf course it is. 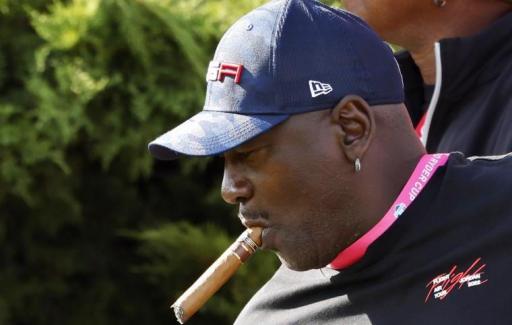 Michael Jordan is the most famous player in the history of basketball, but the former Chicago Bulls star also has an undying love for golf.

He has often found time to get out on the golf course during and after his illustrious career. His passion for the game culminated in producing his own golf course.

The Grove XXIII Golf Club was opened near Hobe Sound, Florida in autumn 2019 and it is truly a golf course that must be seen to be believed.

Shinnecock Hills was the inspiration for the site. The course twists in a double-helix shape where you can play four different combinations of two nines.

You can also play a number of different three to six-hole loops. There is a crossover junction after the fourth and 13th holes where you can take various routes on the course and play different sequences.

On the occasion of Michael Jordan’s birthday, today’s pod begins with some #JupScoop on his new golf club in South Florida, Grove XXIII.

Jordan wanted the course to play fast and firm. The exclusive club is an incredible venue and it is home to an exclusive list of superstar members.

A list of players in a member-member event was posted on social media but was quickly taken down. The list included big names from the golf world and other spheres too.

USPGA champions Justin Thomas and Keegan Bradley were on the list as well as NHL legend Wayne Gretzky, who is the father of Dustin Johnson's fiancé, Paulina Gretzky.

RELATED: JASON DUFNER MADE MISTAKE AT THE QBE SHOOTOUT WE CAN ALL RELATE TOO!

If you are lucky enough to play at this exclusive venue in the future, make sure that you keep your eyes open for some of the world's biggest stars in sport and entertainment.