Should Tiger Woods play at the PNC Championship? 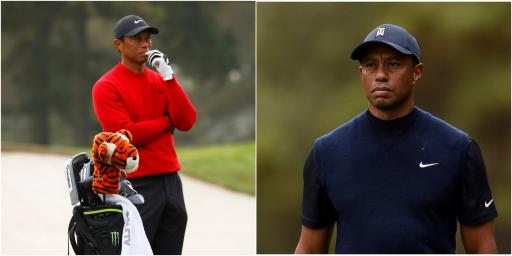 Tiger Woods thrilled the golf world last week when he appeared in person at the Hero World Challenge.

He revealed that he is able to participate in the sport of golf again but where that takes him he is not sure.

When he gets back to PGA Tour level he does not know as he admitted he thinks he is at the halfway stage of his rehab.

Woods' comments seemed to be at least partially at odds with what we saw.

The big cat, 45, was striping balls on the range that included hitting the big stick wearing the Sunday red again.

David Feherty asked Woods if he felt like it was a risk taking a swing.

If he goes full throttle then it does, Woods admitted.

But Woods, with visibly bigger arms, looks in good health.

It has fueled speculation he might play the PNC Championship with son Charlie Woods.

He has not confirmed about whether he will partake in the "hit and giggle".

Mike Purkey has written a piece for Sports Illustrated, detailing why he hopes Woods will not play.

His central argument was that:

"The risks far outweigh the benefits. Besides, it would appear there's only one benefit and it's not Charlie's opportunity to play in the PNC. If Tiger does something, even accidentally — stepping into an unseen hole or a sprinkler head — that causes damage to his fragile leg, not only could golf be out of his future but a normal life, as well."

"The truth is that Woods despises the thought of being out of the conversation. For all his apparent reclusiveness — his yacht is named "Privacy" — being the center of the golf universe is Tiger's oxygen. Why do you think he allowed himself to be recorded hitting balls? If golf people are talking, Woods wants the topic to be him, even if it's just guessing."

Should Woods play at the PNC Championship or is it too soon to risk his recovery?

Previous
How to watch the QBE Shootout: A UK and US TV Guide for the PGA Tour
Next
Will Zalatoris recreates childhood memory with AMAZING HOLE-IN-ONE!