Sepp Straka became the first Austrian to win on the PGA Tour at the Honda Classic after Daniel Berger threw away a five-shot lead. 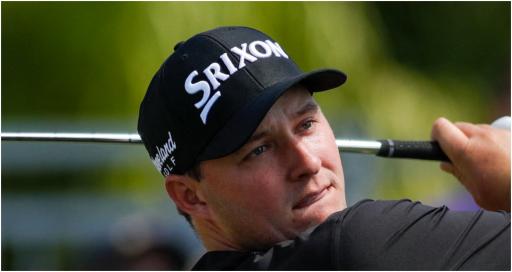 Sepp Straka became the first Austrian to win a PGA Tour event at the Honda Classic after Daniel Berger capitulated.

The big Austrian set a clubhouse lead of 10-under par after signing for a final round of 4-under 66 at PGA National and had to wait it out.

Early leader Berger had crumbled and needed an eagle up the last to force a playoff, while Shane Lowry was in contention too.

Lowry was a sleeping giant all week and never really looked like he had a look until Berger's terrible front nine on Sunday let him in.

Berger played the first five holes in three over par. He did rally, though, and holed out for birdie twice to stay in it until the 72nd hole.

Yet Berger, in search of that illusive eagle, saw his approach shot into the par-5 18th find the water after a loose, poor swing.

He had a five-shot lead at the beginning of play but by day's end he finished three strokes behind the champion.

The 28-year-old has only tasted victory once before on the Korn Ferry Tour. That win came in 2018 at the KC Golf Classic.

He hit 47 fairways at PGA National (the most ever by a winner) en route to the title.

Lowry will have to wait for his second PGA Tour win. He needed a birdie up the last to force a playoff.

The rain began pouring as Lowry and Berger stepped onto the 18th tee box but the Irishman sent his drive way left.

It meant that he could not go for the green in two shots and instead laid up and then tugged his wedge into the green.

This will no doubt sting for flawless final round Lowry (67) and Berger but it is a remarkable win for Straka.

Straka picked up $1.4million for the win as he tamed The Bear Trap.

He became the eighth international player this year to win on the PGA Tour.

"It's an honour, it really is," Straka told Sky Sports. "I had a good feeling, my brother texted me right before the round."

He added: "I really don't know what to feel right now. It's crazy."

It all goes wrong for Berger

Berger started the day with a five shot lead but that quickly evaporated after he played the first five holes in 3-over par.

That came in the form of a double bogey at the par-5 third hole after his approach left him with a plugged lie in the greenside bunker.

He dropped more shots at the fifth and sixth holes but gutsy Berger holed out from the bunker at the par-3 seventh hole.

Berger had spent the vast majority of the previous three days playing nearly flawless golf but this was anything but.

Only six players in the top 25 in the OWGR had pegged it up in this event so therefore it was no surprise to see Berger out in front.

He had taken the better part of 12 hours to construct a huge lead and yet it was gone within little more than 60 minutes.

Berger made the turn in 3-over par and by contrast Lowry had gained two shots and dropped none. By the 11th hole, he led by one.

Down the stretch, he holed out again at the 14th hole before heading into The Bear Trap trailing Lowry by one stroke.

Berger dropped another shot at the 12th hole and just had to admit this wasn't his day. His final round was a four-over 74.

Next page: What Tiger Woods never did, says Steve Williams