Wesley Bryan has accused the PGA Tour of "not really caring" about players with conditional status during the RSM Classic at Sea Island Golf Club. 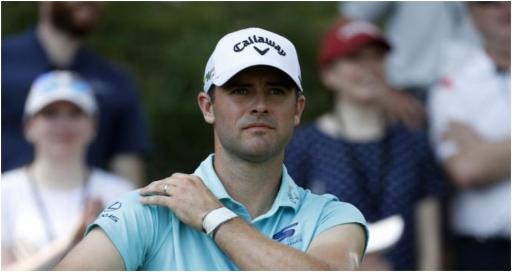 Wesley Bryan has accused the PGA Tour of "not really caring" about players with conditional status on the circuit after the field size of the RSM Classic was reduced to 155 because of a late withdrawal, despite a number of players wanting to peg it up.

There was quite a lot of movement in the field before the last stop of the fall swing at Sea Island Golf Club.

All of those players were replaced in the $8.1m prize purse event. However, there was a late withdrawal in the form of Anders Albertson.

Because of Albertson's absence, the field size was reduced to 155 players. The PGA Tour did Tweet about this change but it has since been deleted.

Perhaps because of the grumblings from some players. One of those included the aforementioned Bryan.

If you weren't aware, Bryan is one half of the Bryan Brothers YouTube channel.

His brother George documents both of their professional careers.

Bryan was injured throughout 2022 and was playing on a medical exemption, but he has since lost his full status.

If the name sounds familiar it's because he was given a four-shot penalty at a Monday Qualifier in September trying to get into the field for the Sanderson Farms Championship.

He had too many clubs. Bryan accidentally put two 7-irons in the bag but he laughed it off, conceding it was his mistake and not his caddie.

But back to our topic and Bryan replied to this post from Ryan French, also know as @acaseofthegolf.

If i was 2nd alt i prob would have made the drive over early this morning. But 12 hours before tee off time, being 4 out seems a little outlandish to be on site…there are questions that need to be answered

My conclusion, they just don’t really care about us conditional folks

It seems as though Bryan, and other players wanting to peg it up on the PGA Tour, just want to be kept informed of potential withdrawals.

But this didn't appear to happen!