Lucas Herbert: What's in the bag of the newest PGA Tour winner? 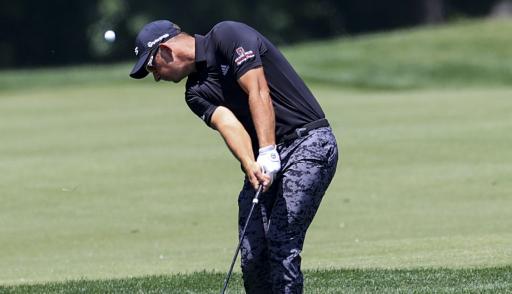 Herbert began the day four shots behind the leader Taylor Pendrith, but the PGA Tour rookie fell away as he carded a 5-over-par 76.

Herbert started the day in perfect fashion with two birdies in his opening three holes. Patrick Reed also did the same and he added another birdie at the 7th hole.

The former Masters champion, making his third appearance of the new PGA Tour season, carded four birdies in his final six holes to post a clubhouse target of 14-under-par.

Play was temporarily suspended on Sunday due to inclement weather, but once play resumed, Herbert was the one to cope the best.

The Australian birdied the 12th hole but gave one back at the par-3 13th hole. Negotiating the wind to perfection, Herbert rolled in his fourth birdie of the day to reach 15-under-par on the 14th hole.

Lucas Herbert - What's in the bag?