Who is Lucas Herbert's caddie? Meet the CARRIER for the newest PGA Tour winner

He's known for his beard but he is one of the most respected and established caddies on the PGA Tour. 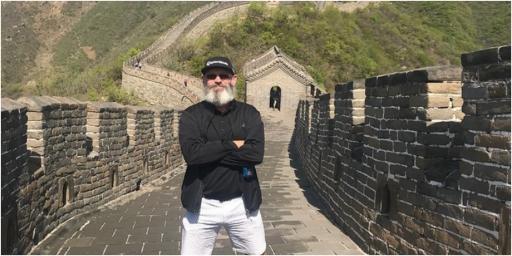 Australia's Lucas Herbert has won for the first time on the PGA Tour to cap off a memorable year.

They do say success breeds success and there is no doubt once Herbert got a taste for victory it was only a matter of time.

He came from under the radar to win the Butterfield Bermuda Championship at Port Royal Golf Club.

In truly horrific conditions, the 25-year-old kept his cool and emerged with a one-stroke victory over Patrick Reed.

MORE: WHAT IS IN THE BAG OF LUCAS HERBERT?

MORE: CAN YOU DO THIS IN THE BUNKER?

To add to his tally of two European Tour wins in stellar events, Herbert now is a PGA Tour champion.

A spot at the Masters has been secured and he is $1.1 million richer for his four days' work by the sea.

But he clearly had to have an experienced man on the bag to help him get the job done.

That man is none other than Nick Pugh.

Pugh has been working with Herbert since 2019 and have won twice on the European Tour together.

The spectacularly bearded caddie gave us an insight into what we could expect with the conditions in Bermuda:

Pretty cool video sent to me by @grooveitbrush

This is from yesterday, Lucas Herbert's caddie, I very much underestimate what a 25mph wind is. pic.twitter.com/FvG7iZpulc

Pugh has also been on the bag for Johannes Veerman, Jazz Janewattananond and Kurt Kitayama.

He documents his life on tour on his Instagram with his wife Suzie, whom he has been married to for more than a decade.

The first player he caddied for was Scotland's Craig Connelly.

Pugh and Herbert certainly look like they have a strong bond on the course.

This was their celebration when they won:

Certainly it looks like Herbert is a player to keep a close eye on.

His game certainly has all the makings of a major champion.

NEWS: WHAT WE KNOW ABOUT THE SAUDI GOLF SERIES

NEWS: PGA TOUR PRO ON HIS LOVE FOR SELLING SHOES