This story wasn't going away since the idea was touted in 2014 and this is what we know so far. 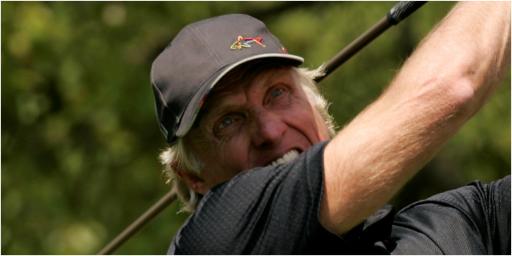 Ever since this idea was first indulged about a decade ago we knew it would never go away.

There is too much money at stake and we know there are people who crave to keep making more and more.

The battle over the future of golf looks increasingly likely that things will turn ugly.

Players have remained tight-lipped. Of course they would.

MORE: TODDLER STEALS THE SHOW AS TIGER WOODS FOR HALLOWEEN

But no doubt behind the scenes they are consulting with each other privately about whether they would ever jump ship.

Would it be entirely legal for the PGA Tour and European Tour to ban players?

These issues will no doubt have to be confronted at some stage.

Paul McGinley has previously warned that it would all get nasty.

There is no doubt the allure of the Saudi riches has already bent Dustin Johnson's ear.

Critics obviously will keep mentioning those pesky human rights abuses but it's not like the rest of world sport covers itself in glory.

Ever since the news was leaked last week there has been a great deal of silence.

So what do we know so far?

The great white shark has been named as CEO of LIV Golf Investments which will hold a 10-event series on the Asian Tour. Norman has only spoken through press releases and said: "This is only the beginning".

The idea came from Norman years ago

Norman could potentially be seen as someone with an axe to grind. He wanted to start a world golf tour back in the early 90s but the idea never got off the ground. He wanted the chance to play in different venues around the world and compete for huge sums but struggled to do so because the PGA Tour had a rule whereby players had to play a minimum of 15 tournaments.

The money comes from Golf Saudi

Golf Saudi is a division of the Public Investment Fund, the sovereign wealth fund of Saudi Arabia. They have billions of dollars in assets and have most recently purchased Newscastle United in the Premier League.

We don't know the name of the league...yet

This is clearly a separate venture from the previously proposed breakaway league and has been described as a deft move by establishing the circuit under the umbrella of the Asian Tour.

The PGA Tour has not publicly commented or challenged the news

There is a cut-throat stance from the PGA Tour and the European Tour and that is either you're with us or you're out. A number of high profile players such as Rory McIlroy have previously stated that they wouldn't be interested in playing in a circuit that would require them to play in every single event. McIlroy also called the series a money grab and said he would steer clear. But this is different.

We do not know what the end game is

The European Tour and PGA Tour previously established a "strategic alliance" to fend off the proposed, breakaway league. But now it seems that the Saudis are just wanting to pump money into an existing organisation and then expand it. At least that is what we can interpret from the announcement last Friday.

MORE: DOES THIS COUNT AS A HOLED PUTT?