Luke List: What's in the bag of the first-time PGA Tour winner?

Luke List took his first PGA Tour title in dramatic style after beating Will Zalatoris in a one-hole playoff at the Farmers Insurance Open. 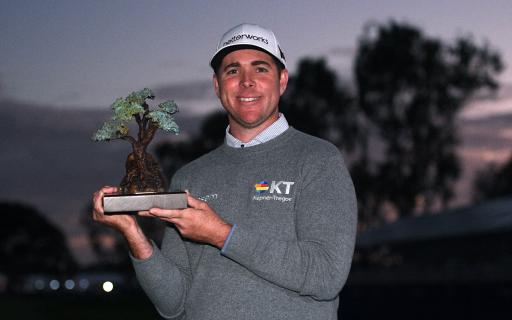 It was probably not as smooth as he wanted, but Luke List finally broke his drought on the PGA Tour by winning the Farmers Insurance Open.

List edged out Will Zalatoris in a one-hole playoff to secure his first win in 207 starts. He is the third player since 1990 to pick up their debut win at the Farmers Insurance Open.

Zalatoris, the PGA Tour Rookie of the Year in 2021, began the day with a share of the lead with Jason Day on 14-under-par. When the Australian holed out for eagle on the par-4 14th hole, it looked as though he was going to win for the first time in four years.

RELATED: TIGER WOODS: THE CLEVER THINKING BY ONE PRO WHICH HELPED BRING HIM DOWN

But the 2015 PGA Champion blundered on holes 16 and 17. Jon Rahm, who won this event in 2017, finished one shot behind List and Zalatoris.

Zalatoris, who came second on his Masters debut last year, rolled a putt on the 18th hole on the South Course at Torrey Pines just by the lip to win the tournament.

Agonisingly, it was List who made a birdie on the par-5 18th hole in the playoff to win the event. Zalatoris is still searching for his maiden victory on the PGA Tour.