Luke List claimed the Farmers Insurance Open at Torrey Pines with a play-off victory over Will Zalatoris as all hell broke loose. 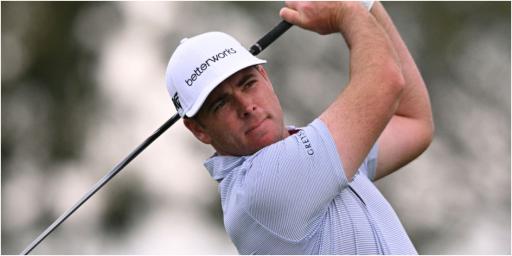 Luke List claimed his first PGA Tour win in a play-off over Will Zalatoris on a dramatic final day at the Farmers Insurance Open.

Zalatoris entered the final day in a tie for the lead with Jason Day and all hell broke loose on Saturday at Torrey Pines in San Diego.

The sparks of the last 18 were provided by Day, who holed out for eagle at 14 in sensational fashion to set-up a thrilling finale.

But two late bogeys for Day, 34, meant his race was run while Jon Rahm left it too late and finished one stroke behind the leaders.

Zalatoris, the rookie of the year who already has a runner up finish at The Masters, had a putt for the win at 18 but it burned the edge.

List made four birdies on the front nine and three more on the back, only dropping a shot at the 17th as he raced to the top.

At the play-off down the par-5 18th, both players sent their drives into the bunker, with their golf balls sitting two inches from each other.

A wedge contest followed. List sent his shot high up into the stratosphere, over the pin and it rolled back for a kick-in for birdie.

Zalatoris, in a moment of brilliant sportsmanship, gave him the thumbs up. He couldn't match List's heroics.

He had about 15 feet to send the play-off into extra time as the green looked shrouded in darkness. He couldn't. Cue elation for List.

Zalatoris comes to the fold

Zalatoris has been described as only needing the putter to co-operate and he would join the winner's circle on the PGA Tour.

His final round didn't produce the fireworks and flair he had produced only 24 hours earlier.

Two birdies and one bogey saw him make the turn holding onto a share of the lead.

A stretch of pars and nervy two putts saw him hang on as Day took centre stage.

Zalatoris missed the fairway at 18 and had to lay up. He stuck a gap wedge close but below the hole and his birdie putt burned the edge.

Day entered the week not even mentioned at all in the list of names who was expected to do well.

He's won here twice before but injuries have seriously hampered his career. So much so he thought of quitting.

Just as Rahm was having problems, Day was having issues of his own which began at the par-4 fifth hole.

His drive landed in an horrific lie in the bunker. He couldn't get it out after swiping at it with the ball above his feet.

He then went from bunker-to-bunker and was in real, real danger of blowing up and losing more than two shots on the field.

But he displayed wonderful short game prowess, his sand shot trickling up close to the pin allowing him to save bogey.

From there it was a real grind. But what happened at the 14th was unbelievable. He found the fairway and had 119 yards to the pin.

He flew the ball over the flag stick and it zipped back and it dropped in. What a beauty. What an eagle. From two back to tied for the lead.

Zalatoris congratulated him. Aaron Rai gave him a fist bump. Day was back in the groove and ready for the stretch.

Day sent his tee shot at 15 into the cabbage and hacked it out to the front of the green. He managed to save par from about 10 feet.

At the par-3 16th his tee shot didn't even make the green. He pitched his second way short of his intended landed zone and it led to a bogey.

Another shot was dropped at 17 and despite making birdie at 18 it just wasn't good enough.

Rahm started poorly. He was 2-over through his first four holes. One short putt for par included a full, 360 lip-out.

The Spaniard looked like he was about to explode as he was trying to save par instead of trying to make up some ground.

For someone who was in such control over his game thru 36 holes, this was extraordinary to see. There were a few more choice words.

Birdies at seven and eight breathed some life into his round after his frustrating start at a course which has been so good to him.

Three birdies on the spin followed to show us exactly why he is the world's best. His par save at 11 was unbelievable.

Rahm had sent his tee shot through the back of the green with a huge 5-iron and managed to salvage par from about 15 feet.

Rahm made par at every hole until the 15th where he made bogey. At 17, he sank a huge putt from downtown to move one back of the lead.

But he couldn't make birdie at 18 after finding the fairway bunker. A final round 71 saw him finish at 14-under par.

Just not quite good enough.

Horschel began his week with a super low 63. A frustrating 73 followed alongside a 69 to get back into the equation.

His round was entertaining, especially the unlikely birdies he made at 10 and 11. One was a ridiculous hole-out from the thick stuff.

Justin Rose made a run for it and England's Aaron Rai fell by the wayside.

Rose's race was run at 18 when he found the water. It led to his only bogey of the day. A top-10 finish is a marked improvement.

At one point, there were nine players who were tied for second behind Zalatoris. Somebody just needed to post a number.

Justin Thomas traded blows with Rahm over the first few days. Thomas's final round struggled to get off the ground. He finished way back.

As did Dustin Johnson and Xander Schauffele. The Olympic champion was touted as a favourite to win this week but failed to deliver.