The Match VI has been announced... but there is no Phil Mickelson

The Match VI will be an all-NFL affair this time around at the Wynn Golf Club as Josh Allen and Patrick Mahomes will face off against Tom Brady and Aaron Rodgers. 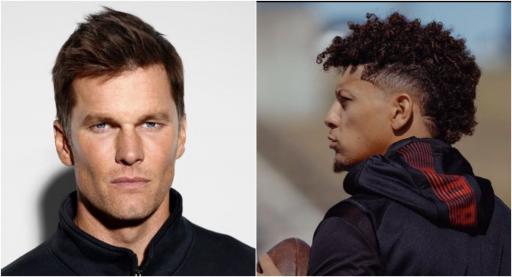 The Match VI is on and for the first time in its existence, the fixture at the Wynn Golf Club will not feature any golfers from the PGA Tour.

It will be a showdown of American football stars on June 1 as Josh Allen of the Buffalo Bills and Patrick Mahomes of the Kansas City Chiefs will face NFL legend Tom Brady and Aaron Rodgers of the Green Bay Packers.

Brady and Rodgers both appeared in the fourth edition of The Match in July 2021, playing alongside Phil Mickelson and Bryson DeChambeau respectively.

This is the first time that Mickelson is set to be completely removed from the fixture since its inaugural game with Tiger Woods at Shadow Creek in November 2018.

We tried to make this a tag team cage match but the lawyers said our contracts wouldn’t allow it…#CapitalOnesTheMatch is back, June 1st. Let’s kick their ass @AaronRodgers12 | @JoshAllenQB @PatrickMahomes pic.twitter.com/3ByQqBkIJR

Mickelson was part of the commentary team when Brooks Koepka beat Bryson DeChambeau in the fifth edition of The Match at the Wynn Golf Club last November.

This will be Brady's third appearance in the popular game. His first came in the Champions for Charity match in 2020 when he and Mickelson lost 1 down to Woods and NFL superstar Peyton Manning.

Turner Sports made the announcement for The Match VI on Monday. The event will be 12 holes and the coverage is set to begin at 6.30 pm eastern time on TNT.

Brady and Allen reportedly have handicap indexes of 8.1. Rodgers has a handicap index of 4.6 and Mahomes allegedly has an index of 7.7. It is set to be an entertaining and high-quality affair.

"We tried to make this a tag team cage match but the lawyers said our contacts wouldn't allow it," Brady joked on Twitter. The 44-year-old sensationally came out of retirement in March having walked away from his NFL career just 40 days earlier.

Next Page: Justin Thomas reacts to Palmer's ability to always team up with the elite