Ryan Palmer will never stop picking the best teammates for the Zurich Classic. And Justin Thomas wants to know one thing. 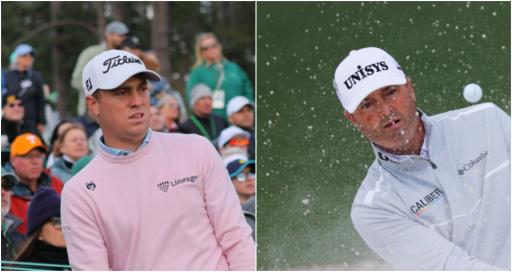 PGA Tour pro Ryan Palmer has a knack for teaming up with the hottest players on the planet when the Zurich Classic rolls around. He's done it again, and Justin Thomas wants to know the average world ranking of his partners.

Cast your mind back to 2018 and you might remember Jordan Spieth was in the middle of a hot run before the team event at TPC Louisiana.

At the time, Spieth was off the back of three consecutive top three finishes that included a memorable run at the Masters. He was the World No.3.

Unfortunately the pair did not win. But Palmer continued his streak of picking the best players who were trending in the right direction. In 2019, he managed to pick Jon Rahm.

Rahm was not the World No.1 but was well on his way. Palmer and the Spaniard won the tournament and teamed up again the following year to try and defend their title.

They couldn't quite manage it but they finished seventh. This time around, Palmer has bagged himself the best player on the planet: Scottie Scheffler.

Fresh off his Masters victory. Fresh off his fourth win in six starts. Scheffler's confidence will be sky high. And so will Palmer's.

Still, though, they aren't favourites to win. The bookmakers have Viktor Hovland and Collin Morikawa as the ones to beat, closely followed by the pairing of Xander Schauffele and Patrick Cantlay.

Even defending champions Cameron Smith and Marc Leishman are thought of by the bookies as having a greater chance of winning.

Perhaps Justin Thomas, the World No.8, is a little bit jealous? Or confused?

Whatever he thinks, Ryan Palmer cannot stop and simply will never stop picking the best teammates for the Zurich Classic.

Hey @RyanPalmerPGA whats the average world ranking of your partner in the @Zurich_Classic?? I’m gonna guess around 1.3 between @JordanSpieth @JonRahmpga and Scottie!!