Jordan Spieth promised the young fans at Harbour Town that he would be back to see them after his playoff and the American delivered. 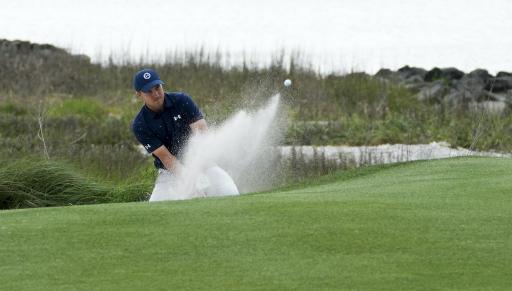 Jordan Spieth is one of the most popular players on the PGA Tour and this is not just because of his incredible success and impressive trophy haul.

He is also a huge hit with young fans and aspiring golfers who spectate at events such as the RBC Heritage. They all want to see Spieth win and he delivered in more ways than one at the weekend.

When the 28-year-old walked off the 18th green at Harbour Town on Sunday, he carded a 5-under-par 66 and he set a mark of 13-under-par for his competitors to match.

Honda Classic winner Sepp Straka birdied the 17th hole to co-lead with Spieth, but the Austrian bogeyed the 72nd hole to miss out on the playoff.

While the drama was ensuing, Spieth had a chat with the young fans who were desperately asking for his autograph and pictures.

Related: Justin Thomas reacts to Palmer's ability to always team up with the elite

The three-time major champion promised the group of fans that he would come back round to see them once the outcome of the tournament became clear, and to see if he needed to play in a playoff.

Patrick Cantlay rolled a birdie putt past the hole on the final green, so the FedEx Cup champion was the only other player to finish on 13-under-par.

In the playoff on the 18th hole, Spieth made a par having found the front greenside bunker but unlike his opponent, Cantlay failed to get up and down from the sand.

After Spieth received his RBC Heritage red chequered winners jacket, he returned to the fan zone where all of the young children were still waiting.

One young fan revealed to the PGA Tour cameras that he had waited for two hours for Spieth to sign his golf ball. He is a man of his word and he gave many of these youngsters moments to remember forever.

Next Page: Scottie Scheffler already has plans for Masters 2023 dinner