Matt Fitzpatrick wore a very special and personal shirt on the 16th hole at TPC Scottsdale on Saturday, but did any American golf fans know what it was? 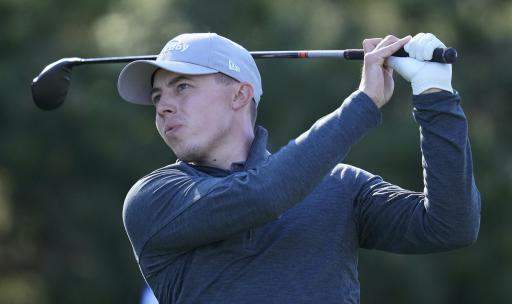 Each year on the 16th hole at the WM Phoenix Open, we see things that we have never seen before and Matt Fitzpatrick maintained this trend on Saturday.

Down the years at the famous stadium hole, we have seen players wear sports jerseys that mean something to them. Jon Rahm has previously worn an Arizona State football jersey.

In 2020, Tony Finau and Justin Thomas paid tribute to the late Kobe Bryant by wearing basketball jerseys with the legendary LA Lakers figure's name on the back.

Well, Fitzpatrick wore a shirt of his own on the short par-3 in the third round yesterday. However, it may not have been as recognisable to 20,000 rowdy US golf fans as the famous yellow of the Lakers.

I’d love to know how many of the 20,000 folks sitting around the 16th hole are familiar with the soccer franchise Sheffield United pic.twitter.com/JoAuw8JtPW

The proud Yorkshireman wore his beloved Sheffield United shirt as he putted out on the green. It is unclear as to how his shirt was greeted by the crowd.

If the 27-year-old failed to catch any of United's game yesterday, he didn't miss much as they were held to a goalless draw with Huddersfield Town.

Fitzpatrick made a par on the hectic hole and he birdied the 17th hole to finish with a solid round of 4-under-par. He is sat in tied 20th, six shots behind Sahith Theegala with one round left.

Prior to the tournament, Fitzpatrick made a hole-in-one on the par-3 12th hole in a practice round. He said he had wasted it. If only he could've shared the same glory as Sam Ryder did on the 16th hole on Saturday.

Fitzpatrick is currently playing solidly on the PGA Tour. He finished tied sixth at the AT&T Pebble Beach Pro-Am last week and he is set to finish well again in Arizona tonight.