After his third round at the WM Phoenix Open, Charley Hoffman maintained his frustration towards the PGA Tour and the USGA, but revealed he wouldn't leave the circuit. 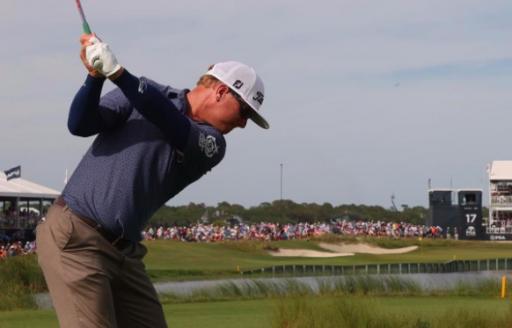 Charley Hoffman reiterated his frustrations towards the PGA Tour and the USGA on Saturday at the WM Phoenix Open, mentioning players possibly deferring to Saudi Arabia to prove a point.

After shooting a 79 in the third round at TPC Scottsdale, Hoffman spoke about the ruling he received in the second round and he questioned the rule's place in the game of golf.

Following his initial Instagram post which brought much media attention, Hoffman revealed yesterday that this was his primary aim of the social media rant, to make a point.

A similar ruling was administered to Rickie Fowler at the 2019 Phoenix Open and Hoffman commented on the relief that it didn't cost Fowler his fifth PGA Tour title.

"Not a huge fan of the USGA and how they govern us all the time. I’m making a stance for the USGA to change this," Hoffman said.

"I have to put it down where the ball landed. I have no control over that, I turn my back and the ball goes in the water. How is that a rule that is good for the game of golf and how we play?

"I mean, not one person at a country club would have taken another penalty for that, why is it, in professional golf, are we doing that?

"And I think the partnership between the USGA and the PGA Tour’s gotten much better through the last handful of years, but there’s no way that that’s good for the game of golf when balls move like that and can affect the outcome of golf tournaments.

"But as I told the rules officials last night it’s like, everybody says, ‘We’re going to change it for the better, we’re going to do this and that, we’re close,’ or whatever but nothing seems to get done."

On the 13th hole on Friday, the 45-year-old took a drop after he hit his drive into the water. He eventually had to place the ball on a tuft of grass but when he turned around, his ball had rolled into the water.

He incurred another penalty for this for "doing nothing wrong at all" and doing "everything by the book" as he wrote on Instagram.

The four-time PGA Tour winner wrote in the post that it was no wonder players were considering moving to the Saudi-backed league, as players allegedly aren't protected.

Hoffman admitted his mention of other golf movements was a ploy to grab the attention of the media, and it is fair to say, he achieved this well.

"So I put a jab in there on purpose just so that the media would catch it," he added.

"I added that so the media would catch it, so I would prove my point on the rules side.

"I won’t have any tour to play on if I keep playing the way I did today. Was I thinking about what I said? Of course, I was. I mean, could it have affected me? Maybe."