Nick Adams, an author and the President of FLAG in America, slammed the inclusion of Max Homa in the US Presidents Cup team, despite coming tied fifth at the Tour Championship. 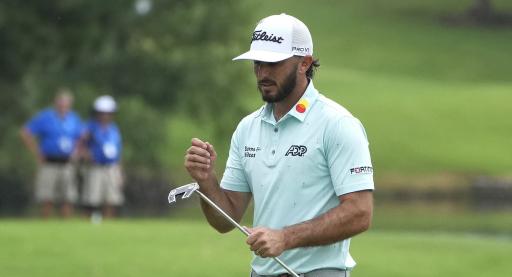 PGA Tour star and fan favourite Max Homa was the target of a brutal comment on social media which described his inclusion in the US Presidents Cup team as a "stain on the sport."

Nick Adams, a bestselling author who is endorsed by President Trump, doesn't believe Homa is worthy of a place in Davis Love III's team, using the evidence that he didn't come in the top 10 of any major in 2022.

Adams is the President of the Foundation for Liberty and American Greatness (FLAG). This is an organisation which supposedly teaches parents and students about the 'American dream'.

Instead of Homa representing America against the International team at Quail Hollow later this month, he named a number of LIV Golf players as suitable alternatives.

"Max Homa can’t even place Top 10 in a Major Championship and now he’s being selected for the Presidents Cup. This is a stain on the sport of golf. Dustin Johnson, Bryson DeChambeau, Patrick Reed and Brooks Koepka are all more deserving and superior players," Adams tweeted on Thursday.

Adams entered the limelight when President Trump posted favourable tweets on his work in 2017. Trump, a golfer himself, hosted the third LIV Golf Invitational in Bedminster and he is set to host the season-ending team championship in Miami.

Homa, 31, has become one of the most popular players on the PGA Tour in 2022 using both his personality and performance. He won his fourth Tour title at the Wells Fargo Championship in May and he came tied fifth at the Tour Championship.

In his typical style, he responded to Adams in a hysterical fashion. He simply posted an image of a pair of hands cupped with the caption: "Here is some attention."

Homa was one of six captain's picks based on his impressive season along with Collin Morikawa, Jordan Spieth, Billy Horschel, Cameron Young and Kevin Kisner.