Max Homa recorded his fourth top-10 of the season at Muirfield Village last week and this was largely thanks to his incredible putting. 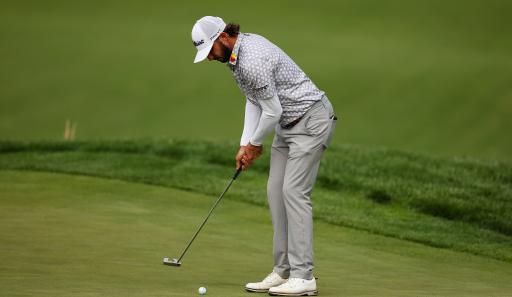 Max Homa has picked up the third and fourth wins of his PGA Tour career this season and he is currently at his highest ever world ranking of 23rd.

He won the Fortinet Championship at the very start of the campaign and four weeks ago, he won the Wells Fargo Championship for the second time in his career.

Much of the American's success has been down to his putting and this shows in his statistics. He is ranked 21st in strokes gained in putting and 16th in putting average.

He is also ranked sixth in holing putts from inside nine feet and he put on the best ever putting display that we have seen on the PGA Tour at the Memorial Tournament.

Marks the first player in tournament history to record fewer than 100 putts since records have been kept (1983) pic.twitter.com/rIhcir4T9y

Homa became the first-ever player to record less than 100 putts over four rounds at a PGA Tour event. His 99 putts is the lowest count recorded since records began in 1983.

A number of players such as Ernie Els and Cameron Tringale held the joint record of 100 putts, while players such as World No.1 Scottie Scheffler and Andrew Magee have previously made 101 putts over the course of a tournament.

Homa, who recently announced that he and his wife are expecting their first child, finished tied fifth at Muirfield Village which was his fourth top-10 of the season.

The 31-year old has performed admirably at big tournaments in 2022 such as The Players Championship and the US PGA Championship where he came tied 13th at both.

His short stick is where his strengths lie, so don't be surprised if you see him in the winner's circle again before the end of the season.

Next Page: Billy Horschel: What's in the bag of the 2022 Memorial winner?