Sergio Garcia has given up his PGA Tour membership, and so too have Charl Schwartzel, Louis Oosthuizen and Branden Grace. 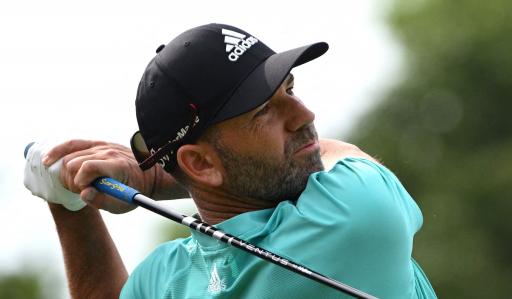 Sergio Garcia has resigned his PGA Tour membership ahead of this week's inaugural LIV Golf Invitational London tournament at Centurion Club, according to the Associated Press.

Garcia, 42, ruffled plenty of feathers on the PGA Tour last month when ranting "I can't wait to leave this Tour" during an altercation with a rules official at the Wells Fargo Championship.

Four weeks later and Garcia's wish has finally come true as he has reportedly given up his membership.

Garcia has made the decision so that he can concentrate on competing in Greg Norman's Saudi-backed LIV Golf Invitational Series without the fear of impending bans for players on the PGA Tour.

The Spaniard is an honorary life member of the European Tour, now the DP World Tour, and so it remains to be seen what happens exactly for Garcia when it comes to matters on that circuit.

And then there is the tiny matter of what happens to his future ambitions in the Ryder Cup whether that is a player or captain.

Garcia is the all-time record points scorer at the Ryder Cup with 28.5 points.

The four players join Kevin Na in having now binned their PGA Tour cards for good.

The Associated Press is reporting four more players that committed to the first LIV event outside of London have resigned from the @PGATOUR. Those players are @TheSergioGarcia @BrandenGrace @CA_Schwartzel & @Louis57TM.

There is also said to be at least one more player in the LIV Golf field this week who has resigned their membership.

"At least six players in the field already have resigned their PGA Tour memberships," writes Doug Ferguson for AP.

"Kevin Na announced his decision on social media. The manager for Garcia, Oosthuizen, Schwartzel and Branden Grace said they have resigned, too."