Billy Horschel: What's in the bag of the 2022 Memorial winner?

Billy Horschel made an incredible eagle on the 15th hole at Muirfield Village on Sunday to put his seventh PGA Tour victory beyond doubt. 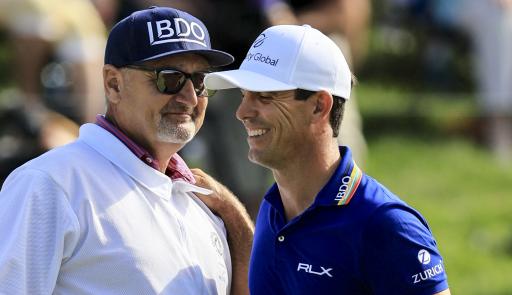 Billy Horschel converted a 54-hole lead on the PGA Tour for the third time in his career as he romped to a four-shot win at the Memorial Tournament.

Horschel shot a 65 in the third round which gave him a five-shot lead with 18 holes left and despite mistakes on the 6th and 12th holes, the American boxed a 52-foot eagle putt on the 15th hole to assert a four-shot lead.

His level-par 72 was good enough for a convincing seventh win on the PGA Tour and his first win since the BMW PGA Championship back in September.

Aaron Wise was made to wait for his second win on the PGA Tour. He shot 1-under-par in the final round at Muirfield Village to finish in outright second on 9-under-par.

"Today, knowing the golf course, knowing how it was going to be fast and firm again, it was knowing the pin locations. I didn't have to do anything special out there," Horschel said after his win in Ohio.

"I felt I played a really great round of golf today. Nothing special. Aaron played solid. Aaron made some great putts out there for par. Made some great birdie putts. But I think obviously that turning point there was right around 13. He makes bogey. I make par. That three-shot lead is back and established."

Billy Horschel - What's in the bag?

Next Page: "Tried to play like you and Tiger": Billy Horschel wins Memorial