Tiger Woods spotted hobbling in latest video... but will the former World No.1 make it back to the PGA Tour in 2022? 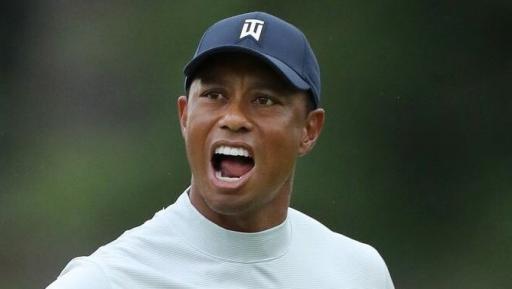 Tiger Woods has pleasingly been spotted walking again without the need of crutches, but he does still appear to have a noticeable limp.

Woods, 45, has been recovering from leg injuries sustained during his horror car accident in Los Angeles in February earlier this year.

A new video and images of Woods were published on TMZ, and later reshared on social media by the TWLegion Twitter account.

In the video, Woods appears to be hobbling in Los Angeles alongside his girlfriend Erica Herman.

There had been recent reports claiming Woods and Herman had decided to split as the former World No.1 supposedly wanted to get back with his ex-wife Elin Nordegren, but that was only speculation in the tabloids.

CHECK OUT THE FULL VIDEO AND IMAGES BELOW

TMZ #VIDEO: Tiger walking in LA. Big foot style stuff again here but it’s new content. They’re reporting a “noticeable” limp but can see he is getting around. https://t.co/S2h5kzafFc pic.twitter.com/iLx0w90LdM

It’s so good to see the Big walking with full weight on the right leg again. (: DailyMail via Backgrid) #TigerWoods pic.twitter.com/dkkiVhTSTW

PGA Tour star Justin Thomas was recently asked about his good friend Woods by No Laying Up.

"He's doing well especially all things considered," Thomas told the podcast before explaining that every day for Woods at present is like Groundhog Day. "Every day is exactly the same for him," Thomas added.

Asked about Woods' comeback chances, Thomas said: "I don't know. I know that he's gonna try. I don't see him ever playing if he can't play well. He doesn't strike me as a guy that's like, y'know, he's played at home shooting a bunch of 75s and 76s and he's like, 'alright, I'm gonna go give Augusta a try this year', that's just not gonna be him."

GolfMagic recently spoke to an Olympic Golf physio, and he told us that he would be "astounded" if Woods makes it back in time for The Masters in April.

We will all likely learn of an update on Woods' condition when he hosts his annual Hero World Challenge at Albany in the Bahamas at the end of this month.