The Kisner Foundation focuses on helping children with their physical and mental health and build foundations for them to succeed in life. 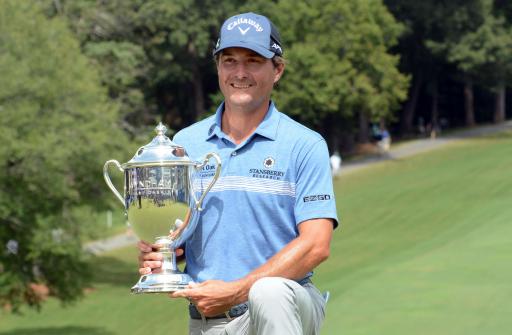 A host of PGA Tour stars and major champions pledged their support for the Kisner Foundation by donating some great items to sell for their charity auction.

The Kisner Foundation works at a community level and its aim is to help children with their physical and mental health and create positive environments for them to live in.

Kevin Kisner, a four-time winner on the PGA Tour, partnered up with various organisations to address the wellbeing of children which is a concept close to his heart.

In 2020, Kisner was named as Philanthropist of the Year by the people of Aiken where he grew up. The foundation had contributed over $400,000 in grants to non-profits in the Central Savannah River Area.

RELATED: FROM MONDAY QUALIFIER TO MILLIONAIRE! THE MAGNIFICENT STORY OF STEVEN ALKER

Together with his wife Brittany, they started an auction to raise funds for the charity. It began today and it is fair to say there is an array of amazing items up for grabs.

We have lots of cool auction items on our @KizFoundation auction going on through Monday. Barstool classic spots, clubs signed from @JordanSpieth @JustinThomas34 major flags signed by @JonRahmpga @collin_morikawa check it here: https://t.co/CmhvmLiA2D

Many of the biggest stars of the PGA Tour decided to contribute to the auction and it is great to see that there is a lot of money being spent already.

World No. 1 and US Open champion Jon Rahm kindly signed a US Open flag which has a current bid of $755. There is also a 2021 PGA Championship flag on the auction signed by none other than Phil Mickelson.

There is a 2020 Ryder Cup flag, signed by the US captain Steve Stricker and the record-breaking US team, which is currently worth $4,855 in the auction. There is also a US Ryder Cup bag which has a bid of $5,000.

Major champions Justin Thomas and Jordan Spieth both donated wedges and Thomas also put up a Players Championship flag, the event where he secured his 14th PGA Tour victory.

There are a lot of great items on the Kisner Foundation auction and you can find them here.