Paige Spiranac on Patrick Reed: "I cheated myself once, I learned my lesson!"

Paige Spiranac admits she once cheated in a golf tournament, and that her mother nearly stopped her playing the game for good 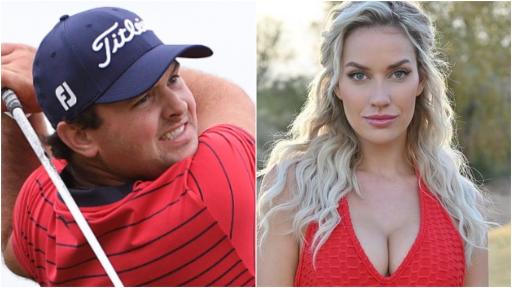 Paige Spiranac has admitted she once cheated in a golf tournament and that her "scary" mother nearly banned her from playing the sport when finding out about her actions.

"I cheated myself once, and I learned my lesson the very hard way," said Spiranac, who once played regularly on the Cactus Tour, along with a handful of Ladies European Tour events.

"It was one of my very first tournaments, I ended up hitting a ball in the water but I was on a very steep slope. I just ended up dropping another ball and saying I found it.

"I played it off and my mum, who packed my golf bag the night before, said 'hey you started the round with six balls how do you only have five?'

"She is one of the sweetest ladies ever but she is scary, you do not want to disappoint her. She just gave me this look and she said 'if you ever do that again, if I ever catch you cheating, you will never play golf ever again.'

NEXT PAGE: PAIGE SPIRANAC ADMITS SHE HAS A LOVE-HATE RELATIONSHIP WITH THREE PGA TOUR STARS