GolfMagic revealed that Paige Spiranac has the most followers of any golfer on Instagram, much to her delight. 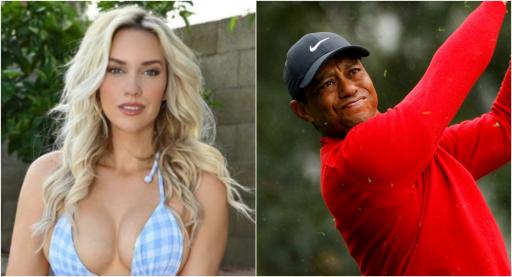 Paige Spiranac joked that there were "two big reasons" as to why she is the most followed golfer on Instagram, but they were not the reasons that you may have expected.

Spiranac is known for being a former competitive professional golfer, but she is also known for posting raunchy pictures on her social media accounts.

GolfMagic revealed that the popular social media influencer has 3.1 million followers on Instagram, which is about 400,000 more than the legendary Tiger Woods.

Spiranac commented on the statistics on social media: "Two big reasons why. My golf knowledge and personality."

RELATED: ANOTHER UK GOLF COURSE SET TO BE TURNED INTO HOUSING

Two big reasons why. My golf knowledge and personality https://t.co/GIn8dVVbtv

Not only has she dwarfed Woods in Instagram followers, but she almost has double the number of followers that Jordan Spieth has, and more than Phil Mickelson and Dustin Johnson put together.

As well as being a popular figure on social media, Spiranac is an ambassador for the American bookmakers PointsBetUSA and she hosts her own podcast called "Playing A Round with Paige Renee."

She is not only popular on Instagram, but other online platforms as well. She has 468,000 followers on Twitter and she has 1.2 million followers on TikTok.

Although Spiranac is the queen of golf social media, it is fair to say that it may be a while until she matches the career achievements of Woods and his fellow PGA Tour players.

Woods is currently out of action and after his serious car accident in February, it is unclear as to whether he will be back on our screens at all.

NEXT PAGE: LAWYER GIVEN A TICKING OFF AFTER USING TIGER WOODS ANALOGY IN COURT