Patrick Cantlay has been voted by the PGA Tour membership, beating Jon Rahm, Bryson DeChambeau and Collin Morikawa to the award. 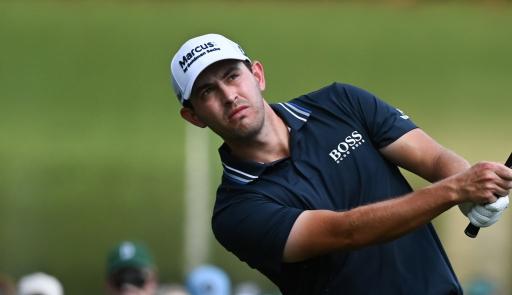 Patrick Cantlay has won the PGA Tour Player of the Year award after winning the FedEx Cup at East Lake Golf Club.

The American has had a fantastic season, winning four times on the PGA Tour and he will now also win the prestigious Jack Nicklaus award too.

The award is voted by the PGA Tour's membership and Cantlay's late-season form ultimately earned him the accolade that was won by Dustin Johnson in 2020.

Cantlay picked up his first win of the season way back in October at the ZOZO Championship and he doubled his 2021 tally at the Memorial Tournament in June.

He took advantage of Jon Rahm's withdrawal that week when he held a six-shot lead after 54 holes before he tested positive for Coronavirus.

Rahm may be disappointed not to pick up the PGA Tour Player of the Year award, as he became World No. 1 again and won his maiden major title at the US Open.

Nonetheless, Cantlay kicked on in the postseason by beating Bryson DeChambeau in a titanic playoff at the BMW Championship and then fighting off Rahm to win the Tour Championship.

The World No. 4 had to beat the best players in the world to secure his two victories in the FedEx Cup Playoffs and it is no surprise that he has won the award.

Not only did he win four times, but he has also earned his first call-up to the American Ryder Cup side for the matches at Whistling Straits beginning on September 24.

"On behalf of the PGA Tour, I would like to congratulate Patrick Cantlay on being honoured as the 2021 PGA Tour Player of the Year," said PGA Tour Commissioner Jay Monahan.

"Receiving this award through a member vote reflects the respect his peers have for Patrick. His play throughout 2020-21 was phenomenal, and in stepping up to win consecutive FedExCup Playoffs events and the FedExCup, Patrick was at his best when it mattered most in our season."

NEXT PAGE: ANOTHER UK GOLF COURSE SET TO BE TURNED INTO HOUSING