In the future perhaps this lawyer will realise to keep his golf analogies about the big cat in the bag. 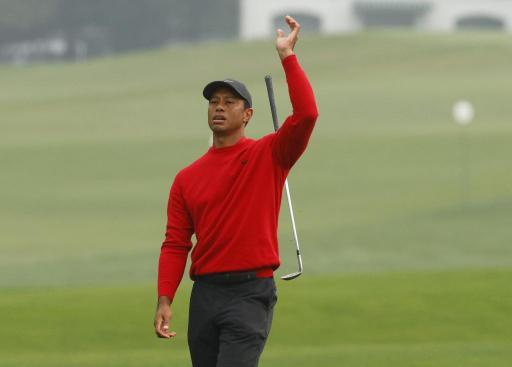 A lawyer was given a ticking off after incorrectly using a Tiger Woods analogy in court to a jury.

The case in question related to a man who was convicted of possessing heroin and marijuana and was ultimately jailed for three years and 30 days.

Named as Maurice Gasaway by Sportico, he appealed his conviction and sentence on the grounds of reasonable doubt.

During the selection of a jury for his trial in Kentucky, the prosecutor told the defendant's prospective peers that to believe someone is innocent "beyond reasonable doubt" is a high-standard.

Meaning, the jury have to be sure without any lingering doubts that someone is guilty of a crime they are accused of committing.

The prosecutor, who was not named in media reports, told the jury that they were a fan of golf and asked the jury if they knew who Tiger Woods and Rory McIlroy are.

A thing of beauty.

The evolving swing of @TigerWoods through the years. pic.twitter.com/bMNwL9H6kX

Then they said this:

"But, who in here believes if I was to go out and play golf with Rory and Tiger, that it’s possible, possible that I could beat them in nine holes?

"Does everybody understand the difference between possible and reasonable though? Okay. Now, does everybody agree to hold this man responsible for his actions if I meet my burden of proof beyond a reasonable doubt?"

But it seems this lawyer made a mistake, with a judge later ruling that while prosecutors are allowed to define to juries what reasonable doubt is not, they can run into complications when using hypothetical scenarios.

Judge Taylor ruled this prosecutor's wording did not affect the fairness of the trial, but said they were wrong to use the analogy.

In the future I guess this lawyer will realise golf analogies may be out of bounds.

NEXT PAGE: STRICKER WILL GIVE INJURED KOEPKA A JINGLE