Patrick Cantlay and Xander Schauffele reignited their Ryder Cup partnership at TPC Louisiana by setting the 18-hole scoring record at the event. 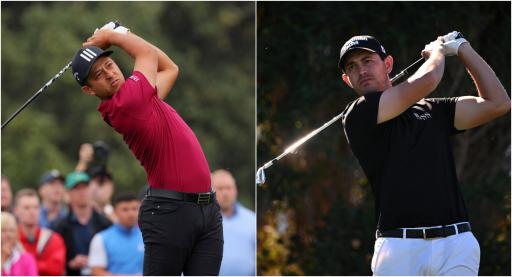 Patrick Cantlay and Xander Schauffele shot up the leaderboard in the first round of the Zurich Classic of New Orleans, carding an incredible better-ball score of 59 in Louisiana.

The American duo, who have played together at the 2019 Presidents Cup and the 2021 Ryder Cup, made 11 birdies and an eagle to shoot 13-under-par to lead by one shot from Matthew NeSmith and Taylor Moore.

Cantlay and Schauffele were 3-under-par after two holes. Schauffele opened up with a birdie on the 1st hole before Cantlay eagled the par-5 2nd hole.

The pair made two more birdies a piece on the front nine to card a superb score of 29 shots going out. Cantlay and Schauffele currently have 10 PGA Tour wins between them.

They made three birdies each on the back nine in Avondale to card the lowest ever score of the team event which will become foursomes on Friday.

Related: Ryan Palmer reveals how he lured Scottie Scheffler to the Zurich Classic

Curving it in ⤴️

Finishing birdie for Cameron Smith and @MarcLeish in their title defense. pic.twitter.com/r73Tt7cmMj

Viktor Hovland and Collin Morikawa, who shared a half in the Sunday singles of the 2021 Ryder Cup, shot 7-under-par in their first better ball round together.

The two-time major champion Morikawa holed out from 94 yards away on the par-4 13th hole for an eagle and he also chipped in for a birdie on the par-3 17th hole as well.

The young pair carded a 65 and so did the defending champions Cameron Smith and Marc Leishman, who won this event in 2021 by beating Louis Oosthuizen and Charl Schwartzel in a playoff.

The Aussie pair began their 2022 campaign with a bogey-free round. They dove-tailed well in Avondale on Thursday as Leishman made four birdies and Smith made three.

World No.1 Scottie Scheffler and 2019 Zurich Classic winner Ryan Palmer had this event in their minds since February and they carded a round of 8-under-par.

Taking confidence from his runner-up finish at the RBC Heritage, Shane Lowry and his partner Ian Poulter shot a great opening-round score of 8-under-par in matching clothes.

They are one shot behind their fellow European pair of Danny Willett and Tyrrell Hatton who made seven birdies and an eagle on day one.

Talented Scotsman Robert MacIntyre provided one of the highlights of the day when he made a great hole-in-one on the par-3 14th hole. He and Martin Laird carded an opening round of 66.

Next Page: Ryan Palmer reveals how he lured Scottie Scheffler at Zurich Classic