Ryan Palmer has already won the Zurich Classic of New Orleans with former World No.1 Jon Rahm, so teaming up with Scottie Scheffler was no bother. 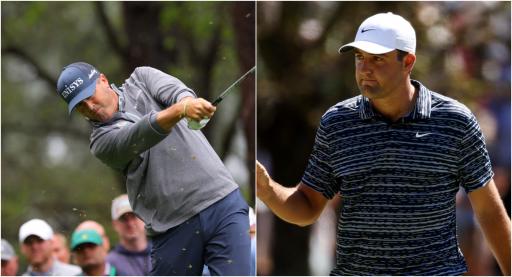 PGA Tour star Ryan Palmer revealed the special picture he showed to Scottie Scheffler which was pivotal in the pair teaming up for the Zurich Classic of New Orleans.

In 2019, Palmer won the fun team event by three shots alongside former World No.1 Jon Rahm and they also came seventh together last season too.

Ahead of this week's event at TPC Louisiana, Palmer told the media that he showed the World No.1 Scheffler an image that sealed their partnership.

"The thing that really sealed it was I sent a picture of me and Jon with the trophy, but I imposed his (Scheffler's) face on it. Yeah, Photoshop. I think that got him," Palmer joked.

"We practice a lot together at home with Randy (Smith). I met Scottie back in high school before he went to Texas and just kept up with him. We play a lot of golf at home with Jordan and Romo and stuff.

"Of course, we work out together. Being 45, I don't have the strength he does, but I try to keep up, which is fine. We have a good time doing it.

"Just good friends. We play a lot of practice rounds together, and that's kind of about it."

Palmer suspected that Scheffler would need a partner as Bubba Watson, who the 25-year-old was paired with last year, is playing with Harold Varner III this time around.

The four-time PGA Tour winner also suspected that Scheffler would miss out on the RBC Heritage, so he made his approach in February and the duo was formed.

With Scheffler becoming a major champion this month as well as winning four times in his last six events, his form could go well with Palmer's specialism at this event which combines better ball and foursomes.

Justin Thomas also shared a joke on Twitter with Palmer earlier in the week about his ability to lure the best golfers on the planet.

"Hey, @RyanPalmerPGA what's the average world ranking of your partner in the @Zurich_Classic?? I’m gonna guess around 1.3 between @JordanSpieth @JonRahmpga and Scottie!!" Thomas posted.