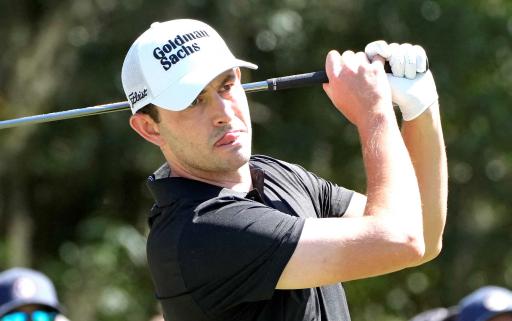 Patrick Cantlay, the reigning PGA Tour FedEx Cup champion, birdied the final four holes on day two to open up at two-shot lead at the RBC Heritage at Hilton Head.

Cantlay bogeyed the 14th hole to fall two shots off the pace but then vaulted to the top of the leaderboard with four consecutive birdies from the 15th.

Patrick Cantlay finishes with 4 straight birdies to finish his round… your leader after 36 holes. pic.twitter.com/ca7oHoNieK

Since the start of the 2021 FedEx Cup Playoffs, Cantlay has the most leads or co-leads after any round with eight.

Cantlay is bidding to win for the first time at the RBC Heritage as he goes in search of a seventh PGA Tour title.

He finds himself in sixth place in the Official World Golf Rankings right now after an indifferent run of results of late with a missed cut at The Players and tied 39th at The Masters.

Robert Streb also posted a round of 67 and he trails Cantlay by two in solo second on 7-under par.

Joel Dahmen, Erik van Rooyen and Cameron Tringale also carded rounds of 67 to move to 6-under par alongside Aaron Wise, who carded a 68, and round-one leader Cameron Young, who slumped to a 73.

A bunker blast for birdie @JordanSpieth is 3 back after this hole-out from the sand. pic.twitter.com/YSoEKGpOkH

Jordan Spieth moved into contention for a 13th PGA Tour title thanks to a second-round 68 and he lurks just four shots back at 5-under par.

Spieth produced a number of miraculous shots on day two, none more so than holing out from sand for birdie at the par-4 12th.

Next Page: Davis Riley makes a shocking 10 on the 18th hole at the RBC Heritage