Patrick Cantlay's career has come full circle after he delivered an emphatic victory at the Tour Championship. 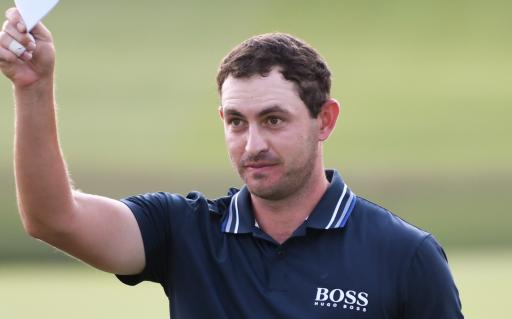 We rarely hear from newly-crowned FedExCup champion Patrick Cantlay, but when he speaks he invariably offers something interesting.

Whether it's criticising the current playoff format, talking of his love of books and influential figures, his music interests or that seemingly never-ending hot-topic Bryson DeChambeau.

It's always refreshing to hear a sports star speak with honesty and not ramble on about their ball striking, the course conditions or bigging up their sponsors.

This is who Cantlay is. The other week I saw a quote attributed to him where he was asked why he is known as the quiet guy on tour.

He only speaks when he is well-read on a subject, he said, otherwise he likes to keep his mouth shut and concentrate on golf. On dialling in and focusing on the job at hand.

Being under the gun, he has said. That's what drives him. The ability to thrive in high-pressured situations and hold his nerve.

He certainly appears to be unflappable when the going gets tough. He said he told himself that Rahm was going to hole his eagle chip at 18 at the Tour Championship so he needed to give himself a similar look at making a three. He did just that, flushing his approach over the water and making a stress-free birdie.

Perhaps his attitude could be embodied by DeChambeau who despite his best efforts still appears to get a little bit rattled with the media instead of letting it wash over him.

It's a difficult job, I admit, and Cantlay's stock is definitely going to rise over the next few years.

But his story, sadly, is marred in more than a tinge of sadness. He took a seven-month break a few years ago after injuring his back. He performed relatively poorly in the 2014 and 2015 seasons.

Then in 2016, he lost his best pal Chris Roth suddenly. Roth was struck by a car and killed while crossing the road.

Cantlay told the media this weekend after his victory: "I think the biggest thing is it's given me great perspective. I think for a long time, everything just went great.

"Coming out on the other side of that, I feel like I am a better person having gone through those dark days," he said. "But it gives me great perspective and it makes me very grateful to be in the position I'm in today, because it wasn't always a sure thing. I was very close to going back to school and putting golf behind me."

Patrick Cantlay with a 162-yard approach to tap-in distance for birdie on hole No. 1. #themasters pic.twitter.com/8Vh15a2yff

Cantlay, who reportedly hasn't listened to a song after 1979 according to his caddie, is reported to have sought out the help of Jack Nicklaus as he got his career back on track.

The Golden Bear is reported to have told him to enjoy "being under the gun" as Cantlay describes it. A year later he won the Memorial in 2019 after winning the Shriners Hospital for Children Open in 2018.

Two shot lead. Two to play. @Patrick_Cantlay has his sights set on the #FedExCup. pic.twitter.com/xpqAJNjLnN

He just grinds you down with consistency, even if he doesn't have the flair of Jordan Spieth or the brute power of Brooks Koepka.

Cantlay added: "As tough as the tough times were, they made me who I am. I can only thank all the people who helped me get through that time and helped me get here.

"I'm very grateful and happy to be here, and I'm really proud of myself for staying in the moment and delivering when it counted."

One thing is for sure with Cantlay.

This is just the beginning for the old soul who has been in the darkness but has now seen the light.

NEXT PAGE: WITB OF PATRICK CANTLAY?