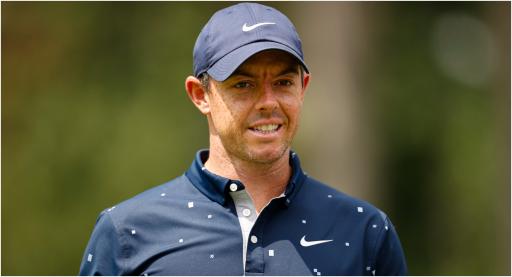 Mental health is now becoming one of the first topics at press conferences, and players are opening up more and more.

Rory McIlroy has already spoken at length about his own issues and how he thinks the Tours can take care of their players.

He admitted to being slightly jaded before the Olympics and confessed he was just trying to make it through to the end of the season.

And now Rors has offered support and empathy to young tennis star Naomi Osaka, 23, who made the headlines earlier this year.

She has announced she will be taking a break from tennis, and given no date on her return to the professional game.

Short swing from the trees. @McIlroyRory nearly sinks it. pic.twitter.com/FgrszYHYWb

Osaka withdrew from Wimbledon and the French Open earlier this year, saying she wanted to concentrate on improving her mental health.

She lost in the third round of the US Open last week, losing to teenager Laylah Fernandez.

Naomi Osaka says she's going to "take a break" from tennis following her loss at the U.S. Open pic.twitter.com/sMBt58VQIf

Afterwards, she admitted that winning only brought her "relief".

Rory McIlroy has offered support to Naomi Osaka over her decision to take another break from tennis, adding he sees similarities with what he has experienced in golf.

McIlroy, 32, said: "I've tried really hard and I spoke about this quite a lot in 2019 about separating who I am as a golfer and who I am as a person and trying to not let that define me, and it seems what Naomi is going through at the minute is that same thing.

"How can I play tennis and enjoy it and not let the results define who I am? I think that's what she's going through right now and I think everyone just needs to let her have time to figure that out.

"She seems like a really smart girl, and hopefully she'll be able to do it and come back and start enjoying the game just like when she picked the racket up when she was a little girl."