Patrick Cantlay: What's in the bag of the 2021 FedEx Cup champion?

Patrick Cantlay secured the best victory of his career by finishing one shot ahead of Jon Rahm at the Tour Championship to win the FedEx Cup. 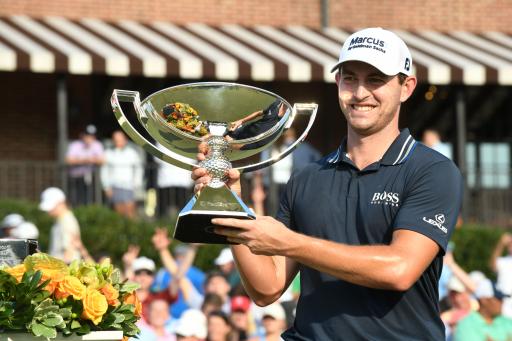 Patrick Cantlay was his usual steady and consistent self at the Tour Championship this week, shooting four rounds in the 60's to win the tournament and the $15 million prize for taking the FedEx Cup title.

Although the American made three bogeys in his final round at East Lake Golf Club, his score of 1-under-par was enough to finish on 21-under-par and one shot ahead of Jon Rahm.

Things almost took a turn on the 17th hole when Cantlay made an important clutch-putt for a bogey, after Rahm had just slid his ball by the hole for a birdie.

Cantlay avoided the two-shot swing and survived another nervous moment on the par-5 18th hole, when his Spanish opponent almost chipped in for eagle to tie the scores at 21-under-par.

The World No. 1 admitted that he did not make enough putts on Sunday to take his first FedEx Cup, and this is shown with his round of 2-under-par which featured two birdies and 16 pars.

It has been a memorable season for Cantlay. He has now won six times on the PGA Tour and he has earned his first-ever call up to the American Ryder Cup side for the matches at the end of the month.

RELATED: JOAQUIN NIEMANN RECORDS FASTEST EVER ROUND AT THE TOUR CHAMPIONSHIP

NEXT PAGE: PATRICK CANTLAY WINS FEDEX CUP: CHECK OUT HOW MUCH THEY ALL WON ON THE PGA TOUR