Patrick Cantlay came out on top in a titanic six-hole playoff with Bryson DeChambeau at Caves Valley Golf Club on Sunday. 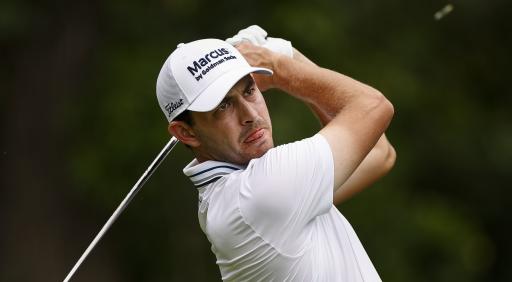 Patrick Cantlay won the BMW Championship after overcoming Bryson DeChambeau in a six-hole playoff in what was a battle for the ages in Maryland.

Despite being under constant pressure throughout the playoff, Cantlay held his nerve to roll in a great putt on the 18th green to lift the trophy, as daylight faded at Caves Valley Golf Club.

"I just tried to stay in my own little world. When the reporters asked me this week, 'Are they going to get to 30-under?' I didn't think so but I felt like it today," said Cantlay.

"My game feels really good, it has for a while now since the Memorial. I'm finally starting to putt like me again and it's really nice.

A playoff for the ages.@Patrick_Cantlay is victorious on the 6th playoff hole @BMWChamps.

"It's so nice to be back with fans and they were so supportive all day. They've been supportive for the last four days and the chants of 'Paddy' or 'Paddy Ice', I'm hearing it all week and it's fun!"

DeChambeau and Cantlay began the day tied on 21-under-par but with a birdie-birdie start to his round, Cantlay moved one shot ahead on 23-under-par.

The American pair exchanged birdies on the front nine, but with important birdies on the 6th and 10th holes, DeChambeau moved one shot ahead on 25-under-par with eight holes remaining.

Both players birdied the 11th and 12th holes, but Cantlay found another one on the 14th hole to draw level with his opponent. The World No. 10 was not willing to give away an inch.

The decisive moment appeared to come on the par-3 17th hole. DeChambeau went first and came up short, but Cantlay pushed his shot right into the water, and all seemed lost.

But DeChambeau struggled to a bogey and Cantlay salvaged the same score. The big-hitter's lead was just one shot on the final hole where Cantlay poured in yet another birdie to take DeChambeau to a playoff, locked together on 27-under-par.

DeChambeau had Cantlay on the back foot for most of the playoff. The 27-year-old missed a golden chance to win from six feet on the second playoff hole, and lipped out for victory on the third playoff hole, which was played on the par-3 17th.

After they exchanged pars at the fourth playoff hole and birdies at the 5th, Cantlay finally made the decisive move by holing a fantastic putt on the 18th green, the sixth and final playoff hole, to secure his third victory of the season.

NEXT PAGE: SERGIO GARCIA TAKES THREE SHOTS OUT OF BUNKER IN FINAL ROUND OF BMW CHAMPIONSHIP