PGA Tour FedEx Cup champion Patrick Cantlay gets off to a flyer at The American Express. 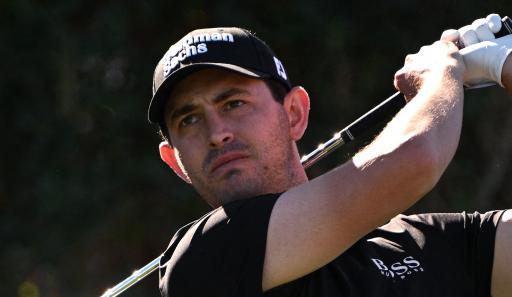 Patrick Cantlay raced out the blocks on day one at The American Express as the reigning PGA Tour FedEx Cup champion goes in search of redemption in this event having come up agonisingly short 12 months ago.

Cantlay, who lost by one shot to Si Woo Kim despite firing a final-round 61 in this tournament last year, continued where he left off by carding an opening 10-under 62 to tie the early lead with rookie Lee Hodges.

The World No.4, who was playing the slightly easier La Quinta Country Club in the three-course rota, played his first seven holes in 7-under par, higlighted by a superb eagle at the par-5 6th.

WATCH: PHIL MICKELSON SMASHES A DRIVER OUT OF THE BUNKER - BUT HE FINISHES DEAD LAST IN ROUND ONE

Cantlay went out in 29 shots and then rolled home three consecutive birdies from the 11th to join Hodges out in front.

Cantlay and Hodges lead on 10-under par, two shots ahead of Cameron Young and KH Lee.

KH Lee, Ryder and Bramlett will be particularly proud of their efforts as their scores came on the tougher Pete Dye Stadium Course, which is also played by everyone in the final round.

World No.1 and tournament favourite Jon Rahm also started brightly with a 6-under 66 at La Quinta.

Rahm won this tournament back in 2018 in a playoff over Andrew Landry.

The cut is made after the third round on Saturday night once all players have completed all three courses.

NEXT PAGE: PGA TOUR PRO JONAS BLIXT HAS A MARE ON THE ROCKS AT THE PAR-3 17TH