Patrick Cantlay and Xander Schauffele combined their Titleist and Callaway bags to win the Zurich Classic of New Orleans. 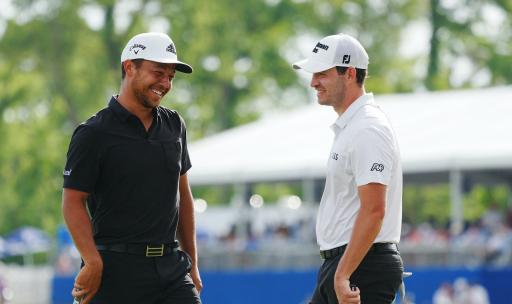 Patrick Cantlay and Xander Schauffele broke many records on their way to winning the Zurich Classic of New Orleans at TPC Louisiana.
They shot the first-ever 59 in the event's history on Thursday and they beat the 54-hole scoring record on Saturday by reaching 29-under-par.
The American duo finished with a 72 on Sunday to confirm a two-shot victory. They started the day with a five-shot lead and things got close when Sam Burns and Billy Horschel made consecutive birdies on the 10th and 11th holes.
However, Burns and Horschel made a bogey on the par-3 17th hole to fall three shots behind and Cantlay and Schauffele avoided major errors.
It was Cantlay's seventh win on the PGA Tour and Schauffele's fifth. It was also Schauffele's first win in three years and he'd finished second on eight occasions since his previous win.

Related: "I'm one to play it safe": Billy Horschel on drop drama

Patrick Cantlay and Xander Schauffele - What's in the bag?