Pablo Larrazabal came from three shots behind in the final round on the Lakes Course in Tarragona to claim his seventh win on the DP World Tour. 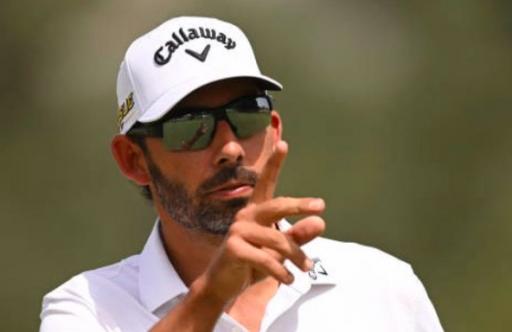 Pablo Larrazabal became a seven-time winner on the DP World Tour after winning the ISPS Handa Championship in Spain on Sunday.

The Spaniard shot a 62, the joint-lowest score of the week at the Lakes Course in Tarragona, to reach 15-under-par and one shot clear of Adrian Otaegui.

It is the first time that Larrazabal has won on home soil on the DP World Tour and it is his second win of the season, following his victory at the MyGolfLife Open in March.

"What a day. But I knew that my golf was there," said Larrazabal.

"I couldn't make any putts the first three days but I told my girlfriend last night that she had to choose the clothing for the (winning) pictures!

What it feels like to win on home soil for the first time @plarrazabal #ISPSHandaChampionship pic.twitter.com/5qbpLDfulX

"I knew that I had a low one in my bag and that's what I did. Today I holed putts and that was key. I mean, to shoot 62 in windy conditions with the flags out there, it was good."

Good is an understatement. The 38-year-old began the final round three shots behind Otaegui, Hennie Du Plessis and the Canadian Aaron Cockerill.

Cockerill started the final round very well. He made three birdies in his first three holes to reach 13-under-par, but a double-bogey on the 10th hole hindered his chances.

But Larrazabal showed his experience and winning credentials when under pressure. He made five consecutive birdies from hole 9 to hole 13 to reach 14-under-par.

He carded a fantastic round of 8-under-par to post 15-under-par for the week. As he sat back and relaxed behind the scenes, Otaegui and Cockerill needed some magic.

Both contenders needed an eagle on the final hole to force a playoff. Otaegui could only make a birdie to finish in outright second, whereas Cockerill made par to finish in tied third with Du Plessis.

Next Page: PGA Tour pro given FRIGHT OF HIS LIFE at Zurich Classic of New Orleans