Patrick Reed is back with the coach who guided him to victory at The Masters in 2018 and he played superbly in the first round of the Players Championship. 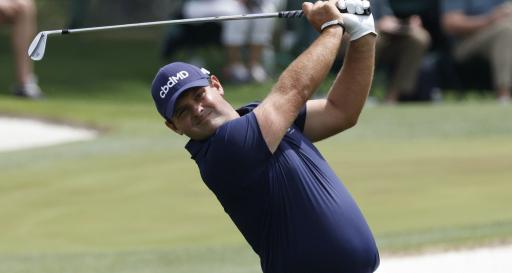 Patrick Reed is back with the coach he had when he won The Masters in 2018 and the switch paid dividends in the first round of the Players Championship.

Although the first round of the PGA Tour's flagship event has been suspended due to inclement weather, Reed is currently 3-under-par through nine holes and one shot behind three current co-leaders.

After failing to find form on the PGA Tour in 2022, Reed is now back with Kevin Kirk who was named PGA Teacher of the Year in 2019.

Kirk coached the 31-year-old to his maiden major triumph in 2018. Reed won The Masters by one shot from fellow American Rickie Fowler.

This could prove to be a timely change and one that will inspire Reed. He has played in 11 events so far this season, making only one top 10 and missing four cuts.

In fact, Reed has missed his last three cuts at the Genesis Invitational, the Honda Classic and the Arnold Palmer Invitational.

The nine-time PGA Tour winner is no stranger to changing his backroom team. He used to be coached by Joshua Gregory who guided him through his college golf years at Augusta State University.

Gregory also played a role in his coaching staff when he picked up his Green Jacket at Augusta National four years ago, but Kirk was the main man.

In the summer of 2020, David Leadbetter took up the reins after he had initially been working as a second pair of eyes. However, in 2021, Leadbetter suffered an injury and Kirk was in the hot seat once more.

After another period of absence, Reed is reunited with Kirk and so far so good. He is playing at TPC Sawgrass this week looking for his first win since the Farmers Insurance Open at the start of 2021.

Before play began in Florida on Thursday, the tee times were delayed by an hour and preferred lies were implemented due to overnight rain and thunderstorms in the area.

Play has currently been suspended due to another storm passing through. This is the first weather delay at the Players Championship since 2016.