Players 2022: The shocking PGA Tour averages at 17 including Tiger Woods

Taking a look at the averages at TPC Sawgrass's 17th, including Tiger Woods, Jon Rahm and Brooks Koepka. 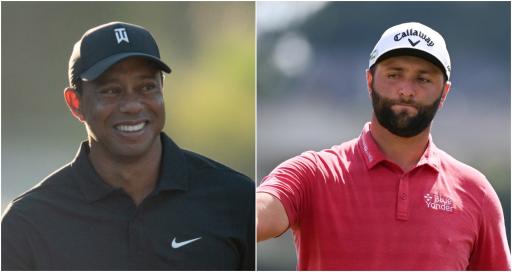 The Players Championship at TPC Sawgrass is famed for its island green on the 17th.

Brooks Koepka had a fantastic response when he was once asked about this.

After the 17th hole, what is the second scariest shot on the PGA Tour? The approach into eight at Pebble Beach? Augusta National's 12th?

What about Quail Hollow's 18th? Nope. None of them. Koepka said that it was in fact "the drop zone from 17".

There is no doubt about it, that tee shot is not for the faint of heart. Remarkably, since 2015, Koepka averages considerably over par.

Would you be surprised to learn that he is actually 15-over at the island hole? Yikes.

But what about the other, notable PGA Tour players? Phil Mickelson has had nine water balls there 88 rounds.

Aaron Baddeley has put 13 in the drink there. Oops. Bryson DeChambeau has never put a ball in the water in 12 rounds.

Elsewhere, Rickie Fowler has been spectacular and averages 2.84. He's not playing this year, though, as he failed to qualify for the first time since 2009.

What about some other averages from notable PGA Tour players at the 17th?

What about Tiger Woods? Well, the Hall of Famer has posted an average of 3.2 over 71 rounds.

He has won The Players twice. That average for Woods, 46, is made up of 11 bogeys and six water balls.

Which leads us to one question. What would you average on the 17th?

Certainly, we would suggest, it would be north of three.