Patrick Reed signed with PXG in January after being a free agent, but he seems to have left the PXG 0811X Gen4 driver at home for the Charles Schwab Challenge. 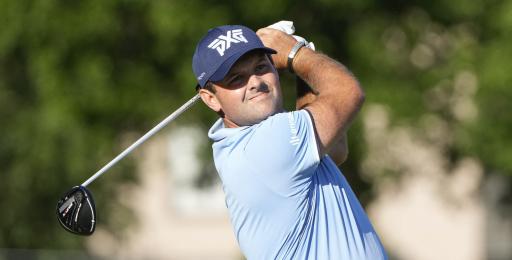 Patrick Reed is using a new driver this week at the Charles Schwab Challenge, putting down the PXG 0811X Gen4 and picking up a Grindworks model.

Reed signed with PXG in January, having been a free agent, and he described their 0811X Gen4 driver as "unbelievable" and a club that "gives him the best opportunity to make his golf swing."

The former Masters champion was pictured at Colonial Country Club with a new long stick and it is the same model that he uses in his irons and wedges.

Reed plays with a Grindworks PR-202 4-iron and Grindworks PR-101A irons from 5-iron to pitching wedge. He also uses Grindworks Barrett wedges in 51, 57 and 61 degrees.

The 31-year-old has only made one top-10 this season and he is ranked 199th in strokes gained off the tee. He is also ranked 112th in driving accuracy percentage.

In the first round on Thursday, Reed hit 70% of the fairways at Colonial Country Club so he could be making a U-turn with his long game.

He fired his second 66 of the week in the second round to reach 8-under-par. He is just one shot behind Scottie Scheffler, Scott Stallings and Beau Hossler heading into the weekend.

"I went through a change there earlier this year, and anytime you're making a change or something like that, you get to golf swing on the golf course," Reed said after his round on Friday.

"You can be as technical as you want on the driving range and in practice, but once you step on the golf course you've got to be a player. You're not out there trying to figure out a golf swing.

"I feel like I was doing that a lot early on and for a good bit part of this year, and now I feel like I've settled into kind of how I feel, how the swing is supposed to be, and now when I get out on the golf course I'm able to see golf shots rather than trying to see golf swings."