Shane Lowry has reflected on the Ryder Cup defeat as he prepares to start fresh in 2022 on the DP World Tour at the HSBC Abu Dhabi Championship. 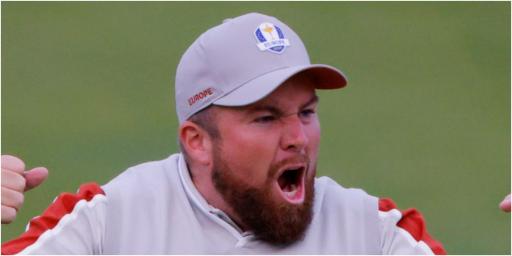 Shane Lowry has admitted he felt so dreadful after the Ryder Cup he had the blues for two months.

The Irishman went into Whistling Straits as a rookie after needing a captain's pick from Padraig Harrington.

What unfolded was an experience he has wanted to forget as the team were drubbed 19-9 in a heavy, heavy defeat.

Lowry's experience was soured further after he said some fans gave his wife "dog's abuse" from the stands.

Some parents of the players were reduced to tears, Padraig Harrington said as he complained some fans went too far with goading.

Lowry is playing at the HSBC Abu Dhabi Championship this week on the DP World Tour and is looking to put that experience behind him.

The 34-year-old, who won this event in 2019 in the same year he won The Open, spoke to the media this week:

"There was a reaction. For two months after I actually felt sick. I felt rundown. I felt under the weather. I felt like I was running at maybe 75 percent capacity. I really struggled. I had tried so hard to make that team. I put everything into it."

"I spoke to a few people. about it. Tyrrell told me it took him six months to come down from France. And they won that one. So it was a comedown for them.

"I spoke to Westy. He's played in quite a few of them. He took a big break after last year. In contrast, I went to Mexico. I went to Houston. I remember thinking to myself, ‘What are you doing?' Because they didn't really matter.

"Obviously, it would have been great to win one or both of them. But even two second places would have made no difference to me. They were tournaments I didn't need to play. I should have taken time off, played in the Race to Dubai and been happy with what I'd done."

Lowry is alluding to playing at the World Wide Technology Championship in Mayakoba after the Ryder Cup on the fall swing on the PGA Tour where he missed the cut.

He finished 54th in the CJ Cup a few weeks later where Rory McIlroy claimed another PGA Tour win.

Ryder Cups are often said to be the best experience in golf. For Lowry is appears that parts of it were the worst.

Lowry is hoping that one day he can be a part of a winning side.