Paul Casey got a very bad break on the 16th hole at TPC Sawgrass as he attempted to chase down Cameron Smith at The Players Championship. 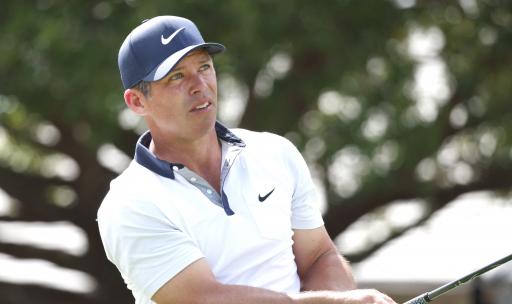 Paul Casey was two shots behind Cameron Smith on the 16th tee box in the final round, aiming to make a birdie or an eagle to close the gap at The Players Championship.

The Englishman creamed a drive down the centre of the fairway, setting himself up to go for the green in two shots on this 521-yard par-5.

However, when Casey got to his ball, it had settled into a pitch mark. The rules of golf stated that he had to play it where it lay, which was a punch in the stomach indeed.

The 44-year-old was visibly annoyed and he could only punch his ball out of the hole. He went on to make a par and the opportunity to get closer to Smtih was gone.

"You need a little bit of luck sometimes, don't you? That wasn't very good luck, was it?" Casey said after the final round on Monday.

The worst break in the history of sports for Casey here… an absolute #pissmissile that goes into someone else’s pitch mark dead center of the fairway…#THEPLAYERS pic.twitter.com/ZMOnAQO8zr

"Deep down I wanted to go for it out of that lie, but it felt too risky. I thought I could still make birdie, and then who knows what happens over the last two. Look what happened over the last hole.

"It would have been brave, but maybe foolish to try to go for it. But it's a shame. It was the best drive I hit all day.

"I just played a really, really good round of golf in difficult conditions around Sawgrass. Shot 69 with maybe one bogey and some breaks that didn't go my way.

"I mean, Cam played - and then you have to tip your cap at Cam who played phenomenal golf. He won this tournament."

No matter how talented you are or how well you hit the ball, Casey didn't receive the luck he needed at that stage. He shot a 69 to finish in outright third on 11-under-par.

Next Page: PGA Tour: How much did each player win at The Players Championship?