Keegan Bradley fumes at The Players: "Not one player knows this rule!"

Keegan Bradley was not happy after a two-shot penalty "pi****" him off at TPC Sawgrass. 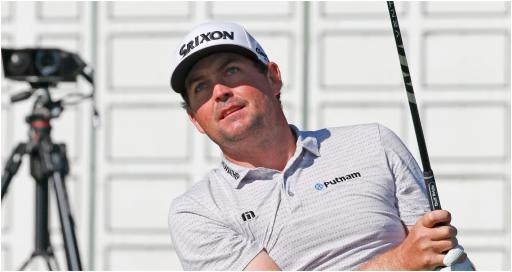 A "bummed out" Keegan Bradley took aim at the USGA after a frustrating finish to his Players Championship.

Bradley played some simply stunning golf down the stretch at TPC Sawgrass and was chasing down eventual winner Cameron Smith.

The big American played the back nine in 5-under par after turning in 2-under before he came unstuck at the famed 17th hole.

Bradley's tee shot found himself in the familiar territory of many. He bailed out to the left trying to get at a front right pin.

His snaking putt looked horrifying and although he was on the short stuff he was playing his third off the green. It led to a bogey.

Then Bradley, 35, snookered himself up the 18th and made a double bogey, falling back to 9-under for the richest tournament ever on Tour.

Bradley was given a two-stroke penalty earlier in the week after falling foul of a golf rule Rory McIlroy understood.

He said: "Man, I'm so bummed out. That was tough. I played really well today. Really well all week. I had a two-shot penalty on Friday and still was right there.

"Yeah, I'm sorry, I'm having a hard time thinking of words to say. I'm pretty bummed out, but proud of the way I played. Proud of the way Scottie [Scheffler] and I battled out there."

Speaking about his penalty, he said: "Well, first off, I think the USGA needs to smarten up and change that rule. It's so silly. They try to make the rules easier, and they never get it right.

"I've been playing pretty good for a while. I've been working hard at home at The Grove with my coach Darren May, and things have been going really good.

"I was talking to Scottie and my coach earlier this week in the practice rounds, and everyone was like, just be ready, because one of these weeks soon coming down on the back nine you're going to be there. Just be ready.

"I had that two-shot penalty, and it didn't even faze me. It pissed me off really and made me more focused.

"This is not an easy golf course. Every shot is hard. Every single one you hit has got water or something going on, especially with 30 mile-an-hour winds."

Did he think about the penalty at any point during the final round?

Bradley said: "Yeah, yeah. I tried to tell myself on Friday -- they told me on the second hole, which was my 11th and blowing 30 miles an hour. I was 3-under at the time or 2, I forget, and it got me so pissed off that it refocused me.

"And I tried to tell myself that maybe -- I think I played the rest of the holes 1-under. Maybe I don't play those holes 1-under because it was so difficult, the conditions.

"I tried to tell myself that that maybe is going to make me shoot a lower score in the end. Who knows. Who knows. Can't tell at this point.

"It was a fluke thing. I was saying a million things had to happen all at once for this to happen. It was perfect timing, it was the gust -- if I take one second longer or one second shorter, this never happens.

"I've spoken to a bunch of the guys. Not one player knows this rule. We all thought common sense says you put your coin down, that's where your ball is. I didn't want to break the rules by moving my coin. I was trying to do the right thing.

"This day and age, if you do something like that, it's going to be seen. Thank God they did or I could have been DQ'd."