PGA Tour: Could this be a defining weekend for Matthew Wolff?

Matthew Wolff is one shot off the lead heading into the final round of the Shriners Hospitals Open for Children. 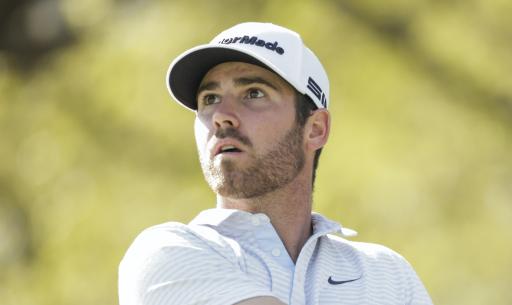 2021 has been a difficult year for Matthew Wolff. He has dealt with his mental demons in recent months and it resulted in taking a two-month break from golf.

After being disqualified from The Masters in April and missing the cut at the Zurich Classic of New Orleans, Wolff was not in a good place.

When he returned to the US Open at Torrey Pines in June, he told the media that he was "trying to be happy" and the upturn in his mindset resulted in a solid tied 15th finish.

In August, the 22-year-old opened up on his mental health issues and provided fans with an insight into his thoughts and his mindset. As much as this is concerning, a problem shared is a problem halved.

RELATED: IS THE TIGER WOODS COMEBACK ON? THE BIG CAT IS BACK ON THE COURSE WITH HIS SON

"Some of the feelings that I had were like getting up in the morning knowing I had to get out of bed and just like not being able to, being like I don't want to get out of bed," Wolff said in August.

His form of two top-10 finishes in 20 starts last season does not reflect the quality he possesses. Wolff's eccentric and extraordinary swing has thrilled fans before and he will continue to do so.

Heading into the final round of the Shriners Hospitals for Children Open, Wolff is one shot behind the leader Adam Schenk and he has a great chance to secure his second PGA Tour victory.

Rounds of 64, 67 and 65 have put him in a great position to win in Las Vegas. If he was to pick up the trophy later on tonight, I believe this would be a significant benchmark for Wolff.

A win can give a player an abundance of confidence. Just look at Sam Burns. It would be great if Wolff could leave his worries and issues at TPC Summerlin.

It is always sad to hear of a young person dealing with mental health issues. Wolff's improved play on the PGA Tour could be a sign that his psychological state is growing stronger.