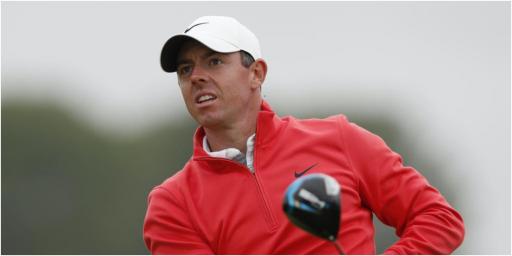 When it comes to hilarious content the European Tour, now the DP World Tour, stands alone.

Over the years we have seem some pretty funny videos with some of the game's finest playing spoof versions of themselves.

And now they have done it again and teamed up with the PGA Tour to go through the end of year performance reviews.

More: Some of the most shocking golf-related Christmas gifts

More: Have you noticed this about Charlie Woods' putter?

There is significant room for growth. pic.twitter.com/Jci0gbmB1x

First up is McIlroy, who says he is his own harshest critic.

"They were legitimate wins," McIlroy states, before going onto explain the rationale behind the infamous shirt rip.

Then we have Spieth who plays on the fact he is sitting in the room without his closest confidante and caddie Michael Greller.

Angry golfer Hatton stands firm on his assertion that he is the "worst golfer in the planet".

Thomas explains how and why he chugged a beer at the Ryder Cup.

Elsewhere, Morikawa explains how he doesn't think he is perfect.

Next page: Golfer falls into the net at Topgolf