Seung-Yul Noh came through the Monday qualifier for the first event of the 2023 PGA Tour season with a special caddy on the bag. 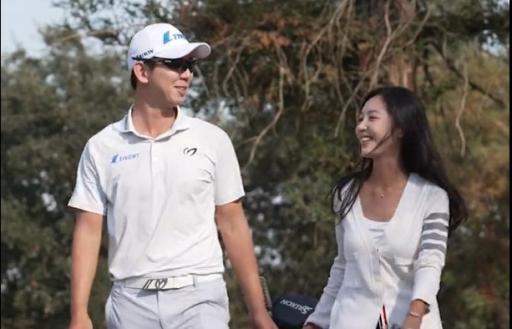 Seung Yul-Noh and Aaron Baddeley came through a 6-for-2 playoff at the Monday qualifier to play in the Fortinet Championship, the first event on the PGA Tour's 2023 schedule.

Noh's qualification for the season-opening event was extra special as he had his wife on the bag for the first time. Having only been married a matter of months, his wife proved to be a lucky charm at El Macero CC as he joined Baddeley, Taylor Lowe and Alex Lee in this week's field.

It hasn't always been plain sailing for Noh who, between 2017 to 2019, had to fulfil a mandatory two-year military obligation in South Korea. This came after he advanced to the FedEx Cup Playoffs for the fourth year in a row.

Noh played 22 times on the PGA Tour in 2022. He missed eight cuts and he failed to make a top-25. Nonetheless, Noh is back at Silverado Country Club in California to kickstart his form again.

This is one way to honeymoon

Recently married, Seung-Yul Noh had his wife on the bag for the first time @FortinetChamp Monday Qualifier.

Together, they got through! pic.twitter.com/OTa3sQTBh1

"We just got married a few months ago and then for the first time ever, she caddied for me today. She just carried the bag," Noh said.

"We're just talking a lot of the day, which is really fun. We make it so (much) happier. (We) came to Napa for a vacation today until Thursday. She's just scared when I make a putt, when I make a birdie.

"She's so scared about playing the tournament because she just wants the vacation and not golf!"

It is always refreshing to see a golfer and their partner working together on the golf course and it has become a regular feature in recent years on the PGA Tour with the likes of Patrick Reed and Lee Westwood.

In June 2021, Westwood married his girlfriend Helen Storey who has caddied for him on numerous occasions, while Reed and his wife Justine won the Wyndham Championship together in 2013.