Nine people were killed in a fatal car crash in Texas on Tuesday, including six members of the University of the Southwest golf teams as well as the coach. 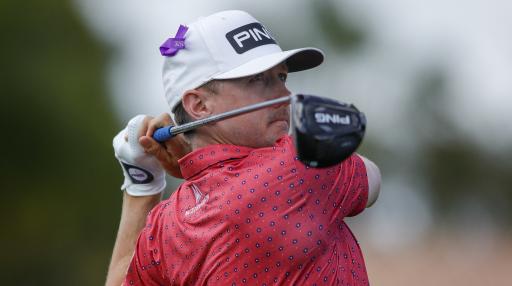 The golf world was rocked to its core when news filtered through of a fatal car crash in Texas that killed six members of the University of the Southwest golf teams and the coach.

PGA Tour player Mackenzie Hughes is doing all he can to help the two men who survived and are currently in hospital and said to be in a critical condition.

Dayton Price and Hayden Underhill are also members of the men's golf team. They survived the crash after the teams had played in a tournament in Midland, Texas.

Hughes is leading the effort from Golf Canada to raise money for both players who hail from Ontario, Canada. Hughes is a fellow Ontario-born Canadian who is now donating $500 for every birdie he makes at the Valspar Championship.

So heartbreaking to hear the news from Texas. There are a couple of fundraisers set up to help these two families. I’ll be donating $500 per birdie starting tomorrow to help. Donate if you can.@PGATOUR https://t.co/EnNsTmFaf9

"So heartbreaking to hear the news from Texas. There are a couple of fundraisers set up to help these two families. I’ll be donating $500 per birdie starting tomorrow to help. Donate if you can," Hughes tweeted last night.

Hughes is a two-time winner of the Canadian Amateur Championship and he also competed on the PGA Tour Canada in the early stages of his career.

The one-time PGA Tour winner made four birdies in his first round at the Copperhead Course, but he finished on level-par.

Golf Canada has set up GoFundMe pages for both Price and Underhill. Liz Hoffman, the President of Golf Canada, released a statement on their website.

"Our hearts go out to all of the families involved in this devastating accident. On behalf of the Canadian golf community, our thoughts and best wishes are with Dayton and Hayden as well as their families as they deal through this tragedy."

Next Page: Brooks Koepka concedes he came back too soon from injury problems