Christiaan Bezuidenhout loved the challenge at the Arnold Palmer Invitational, unlike Rory McIlroy and Ian Poulter who had contrasting views. 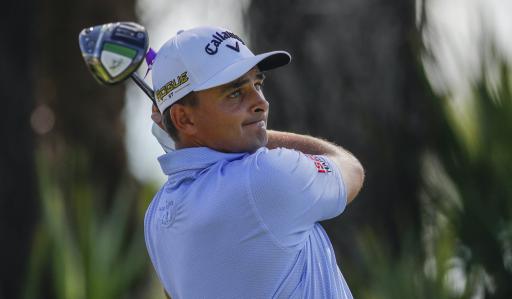 Christiaan Bezuidenhout had a hugely contrasting opinion on the conditions at the Arnold Palmer Invitational compared to Rory McIlroy and Ian Poulter.

The South African finished tied 20th at Bay Hill on 3-over-par and this is even more evidence to show how difficult conditions were in Florida.

"Arnie’s Bay Hill @APinv is the toughest test we face all year and I love it! Can’t wait to come back next year," said Bezuidenhout on Twitter.

Scottie Scheffler's score after four rounds of 283 was the second-highest winning score on the PGA Tour since the start of the 2014/2015 season, one shot lower than when Tyrrell Hatton won at Bay Hill in 2020.

Bezuidenhout is excited to return to the event in 2022 which is more than you could say of the views of Rory McIlroy and Ian Poulter.

Arnie’s Bay Hill @APinv is the toughest test we face all year and I love it! Can’t wait to come back next year @PGATOUR pic.twitter.com/TYPuvFfu7d

After he finished in a tie for 13th place, McIlroy vented his feelings on the golf course and he described it as "crazy golf."

"I feel punch drunk, to be honest. The weekend, it's like crazy golf. You just don't get rewarded for good shots. Like I'm venting here and I'm frustrated and whatever," said the four-time major champion.

"Sort of the way the conditions are, it makes you feel as if you're not playing as good as you are. Like I'm playing good. I'm hitting good shots.

"I'm swinging the club well. I'm chipping well. I'm putting well. But it can knock your confidence whenever the conditions are like this."

The rough was very juicy and the pins were tight at Bay Hill. Poulter commented on the state of the greens on his Instagram story last weekend.

"They were an incredibly pure surface that got baked. No moisture to hold friction to slow the ball down. They were over the edge.

"Trying to land it short of greens on a non-links golf course."

Since these derogatory comments about Bay Hill, Billy Horschel's caddie Mark Fulcher tweeted to compare the players' attitudes towards courses such as at The American Express compared to the Arnold Palmer Invitational.

The suggestion of Fulcher's tweet would be that when a course is too easy or too hard, players complain regardless. This also may be a reference to Jon Rahm describing The American Express as a "putting contest."

"Question... Why is it that when a course gets tough... maybe be on the edge... when the course is too easy... "American Express"... the very same players f***ing moan? Any thoughts?" tweeted Fulcher.

As golf fans, we always enjoy watching our favourite PGA Tour players being tested to the max. Bezuidenhout evidently agrees.