PGA Tour Quiz: Can you name the TOP 50 PLAYERS in the World Rankings?

Test your golf knowledge and try and name the top 50 players in the Men's Golf World Rankings! 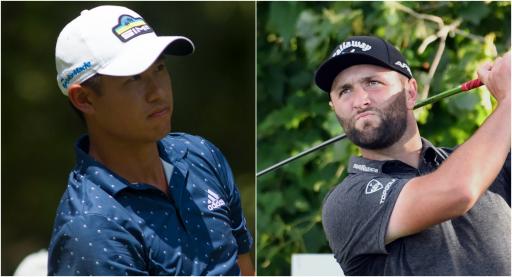 After his tied seventh finish at the ZOZO Championship, Collin Morikawa has moved up to a career-high of second in the world rankings.

He has leapfrogged his US Ryder Cup teammate Dustin Johnson to sit just one place behind Spaniard and US Open champion Jon Rahm.

Rahm has been in the top spot since coming tied third at The Open Championship. He had briefly been the World No. 1 in 2020 after winning the Memorial Tournament.

There are currently eight different nations represented in the top 20 players in the world, while there are five more different nationalities present in the rest of the top 50 golfers.

Bryson DeChambeau handed out CUPCAKES at The Match before his first tee shot
Rory McIlroy swing: How his EXPLOSIVE transition shows he is a human launch pad

RELATED: "I WILL WIN THAT FIGHT": PHIL MICKELSON DEFENDS COMMENTS ON DRIVING DISTANCE

There are 17 major champions in the top 50 players in the world, with Phil Mickelson being the top scorer in that regard with six major titles.

It is always fun to test your golf knowledge in a fun quiz like this, and you only have five minutes to name as many of the best players in the world as you can.

The point system and value of the ranking events have been an issue of debate in previous years, but they are largely a good indicator.

Each answer on the quiz comes with a hint as you race against the five-minute clock. Just try to think clearly and type as many players as you can think of.

It is no issue if you type an incorrect answer, the quiz just won't accept the submission and you can simply try again.

NEXT PAGE: RORY MCILROY MEETS SEBASTIAN VETTEL AND OTHER F1 DRIVERS AT US GRAND PRIX