Rory McIlroy gets the VIP treatment with Aston Martin at the United States Grand Prix. 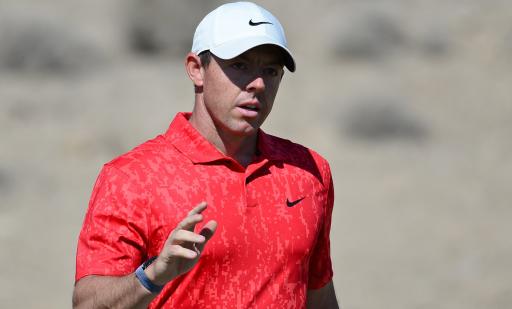 Rory McIlroy got a close-up look at all things Formula 1 at the United States Grand Prix on Sunday as he went inside the Aston Martin F1 garage alongside drivers Sebastian Vettel, Nico Hulkenberg and Lance Stroll.

McIlroy returned to the winners' circle on the PGA Tour and the world's top 10 following a one-shot victory over Collin Morikawa at The CJ Cup just seven days previous.

The Northern Irishman took to his social media to show off his experience to his fans.

McIlroy can be seen in the photos with a VIP pass dangling from his neck, obviously, before fist-bumping with Vettel.

Hulkenburg later replied: "It was great having you around!"

The Dutchman now extends his championship lead over the Englishman to 12 points.

Vettel finished 10th in the race, with Stroll down in 12th.

It is unconfirmed when McIlroy will next tee it up on the PGA Tour.

McIlroy was reduced to tears at the Ryder Cup as Europe were trounced by the United States last month.

The four-time major champion won his Singles match against Xander Schauffele, but lost his other three fourballs and foursomes matches.

McIlroy could not hide his disappointment as he got emotional during his interview with Sky Sports Golf on the Sunday afternoon.

Despite the setback for himself and Europe, the former World o.1 rallied and bounced back with a superb one-shot victory at The CJ Cup to bring up his 20th win on the PGA Tour.

NEXT PAGE: PADRAIG HARRINGTON BELIEVES RORY MCILROY TOOK ON TOO MUCH