The new series of tournaments are said to be happening from 2023. 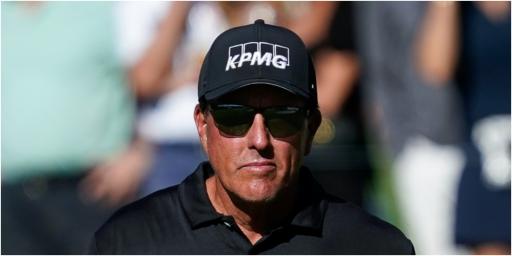 It has been a week of bombshells in the golf world with the announcement the European Tour will rebrand as the DP World Tour in 2022.

And another one is reportedly about to drop as the PGA Tour are said to unveil a series of tournaments with guaranteed money for their biggest stars.

According to Golfweek, the PGA Tour plans to create a series of six annual tournaments outside of the United States.

Europe, Asia and the Middle East are touted as the venues.

MORE: BRYSON AND BROOKS DEEP IN PREP FOR THE MATCH

An exciting new era for the European Tour next season.#DPWorldTour pic.twitter.com/huNVETWqQR

This was reportedly confirmed by a source to Golfweek who has requested anonymity.

Reportedly, the focus of the new tournaments will be to provide lucrative sums for their elite players with guaranteed money rather than a traditional prize fund.

The publication says these new tournaments will not replace the existing autumn schedule.

Previously, PGA Tour commissioner Jay Monahan has said he will ban any player who signs for a rival circuit such as the proposed Super Golf League financed by the Saudis.

So this news - if true - is seen as a direct effort by the PGA Tour to thwart rival circuits.

Golfweek quote the source as saying this new series of events are also designed to give elite players a break from the FedEx Cup.

MORE: IS THIS GOLF BALL A TITLEIST OR CALLAWAY?

NEXT PAGE: JIMMY WALKER NOT A FAN OF SAUDI-BACKED SERIES