When it comes to PGA Tour events in California, Maverick McNealy is a course specialist and he is back this week at the AT&T Pebble Beach Pro-Am. 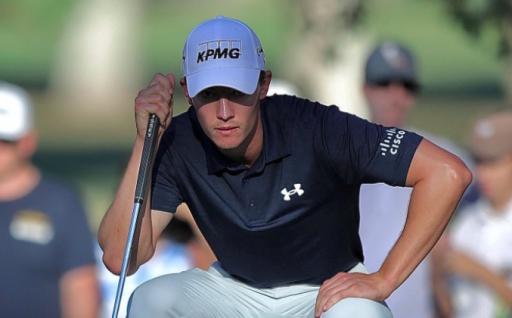 There are some players on the PGA Tour who feel at home at certain events or feel especially confident at certain courses. Tiger Woods' dominance of the Arnold Palmer Invitational comes to mind.

Maverick McNealy has an incredible affiliation to PGA Tour events in California. In the last three seasons, no one has scored better to par than the 26-year-old.

He equalled the second-lowest single-season scoring average in NCAA history. He won a total of 12 times in his college days and competed in two US Walker Cup sides.

McNealy experienced much success in his early career in his home state, which could explain why he feels so comfortable playing at PGA Tour events in California.

In the last three seasons, McNealy is 99-under-par in PGA Tour events in California. Only the FedEx Cup champion Patrick Cantlay has done as well in this span.

In his best five finishes on tour, one of them being a runner-up finish at last year's Pebble Beach Pro-Am, four of them have come in California.

This is an incredible statistic that would suggest McNealy is on course to challenge for his first win on tour at the famous venue which has hosted the US Open six times.

He has made a solid start to the 2021/2022 season. He came second in the very first event at the Fortinet Championship and more recently, he finished tied 11th at the World Wide Technology Championship.

McNealy turned professional in 2017 and first joined the PGA Tour in 2019. He is currently placed at 72nd in the world rankings. He would be much higher if every event was in California!

NEXT PAGE: SAUDI INTERNATIONAL: WILL GOLF HAVE A LEWIS HAMILTON THIS WEEK? DEFINITELY NOT.